Tylee Cottage artist in residence, Regan Gentry, rediscovers the failed solider settlement in the Mangapurua Valley, the site of the famous Bridge to Nowhere. The Sarjeant Gallery in Wanganui is hosting his exhibition.

Hilary Beaton is working with Downstage to find a new direction for the financially struggling venue, the country's longest running professional theatre. She outlines the options and scotches some of the many rumours doing the rounds.
Pictured left: Hilary Beaton.
Pictured below: Courtney place at dusk, Downstage is on the corner on the right.

Simon Morris talks to influential British director Mike Leigh about his new film Happy Go Lucky, and his unusual working method. He also looks at Rolling Stones documentary Shine a Light, and the film about real life maths wizards who broke the bank at Las Vegas, Twenty One.

Tom McLeod (pictured right) writes film scores, adding extra layers of emotion, terror and atmosphere for movie goers. On the 14th of June the Auckland Philharmonia Orchestra will perform Tom's film score with the winning film in the Cut To: Music short film competition at the Aotea Centre. 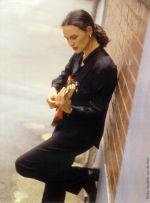 Singer/songwriter and one time member of When the Cat's Been Spayed, Charlotte Yates, spins her top comedy tracks.

2:20 Feature Interview: His Excellency is in Love (Theatre)

A rare glimpse at African theatre…. Now living in New Zealand, Zimbabwean writer Stanley Makuwe's play His Excellency is in Love premieres this Saturday at TAPAC in Auckland.

Below: His Excellency is in Love poster.

Pictured below left to right: Novel About My Wife, Emily Perkins,Transported, and Tim Jones.

Director Vincent Ward on the movie Rain of the Children. 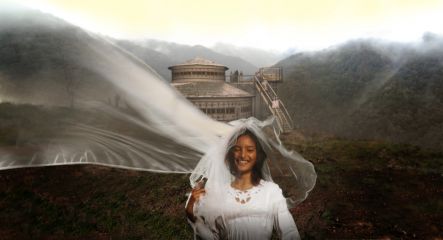 I'd know if you were ever involved with another woman. I'd smell her off your skin." Words of warning from Miriam Daly, a perfume seller and unforgiving wife.