Marv Wolfman has worked on the great Marvell and DC comic creations - Superman, Spiderman, Batman - and created many of his own. He's a guest at the Armageddon Pulp Expos in Wellington and Auckland. 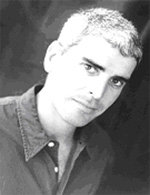 A chat with Australian director Patrick Nolan (pictured right) who's updated Puchini's La Boheme, setting it in the fashion conscious modern day Paris. This is for the NBR New Zealand Opera production.

Simon avoids going to half the holiday movies on this week. But he does look in on The Spiderwick Chronicles (watch the trailer below), and critics' favourite, Lars and the Real Girl.

Canterbury University has released its Draft Implementation Plan for the College of Arts. We hear from Vice Chancellor Professor Roy Sharp, Sharon Mazer from the department of Film and Theatre studies, and two of the department's outraged Phd students.

Tributes to singer songwriter Mahinarangi Tocker and former Theatre Corporate stalwart Roger McGill, who both died during the week.
Go and listen to the beautiful voice and songs of Mahinarangi Tocker in a Music 101 Session from December 2005.

A triple header of overseas comedians in the NZ International Comedy Festival: American. Eddie Ifft, Brit John Fothergill and Irish comedian Neil Delamere (pictured left). The Big Show will be coming to Wellington to play four nights at the Opera House from Wed 7 May. The Big Show will be hosted by Australian comedian, Mickey D. 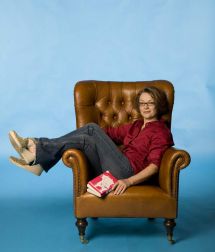 2:25pm The Female of the Species
(Theatre)

An Australian play based on an incident in the life of feminist Germaine Greer. We talk to the Auckland Theatre Company production's two stars, Elizabeth Hawthorne (pictured right) and Brooke Williams.

Coverage of this weekend's Haiku conference in Christchurch. and Damian Skinner (below) discusses his book on the Carver and the Artist, Maori Art in the Twentieth Century, published by Auckland University Press. 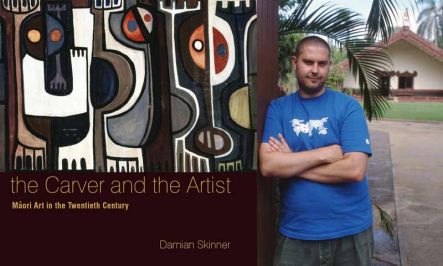 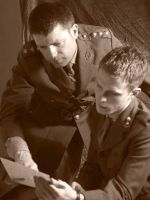 2.50 Feature Interview: Not About Heroes (Theatre)

The wartime friendship between two of England's greatest poets Siegfried Sassoon and Wilfred Owen, who met at Craiglockhart War Hospital. Stephen MacDonald's play Not About Heroes is about to have its New Zealand premiere in Christchurch, you'll hear from him and actor Roger Gimblett.
Picture: A scene for the 'Not About Heroes'.

A lonely woman has her life transformed by a television soap opera.