After 20 years overseas, acclaimed Kiwi journalist Anna Fifield is moving back to Wellington to become The Dominion Post's new editor.

She tells Jesse Mulligan she'll miss the excitement of Asia but is excited to contribute to the media landscape in her own country. 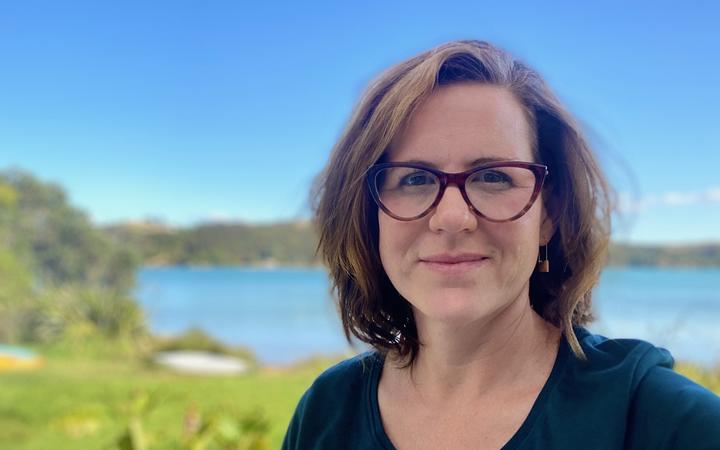 For the last six years, Anna has been a foreign correspondent for the Washington Post, first from Tokyo and most recently from Beijing. Prior to that, she worked for the Financial Times for 13 years.

Earlier this year, when Anna and her son unexpectedly spent four months back in Aotearoa, she fell in love with her home country again with and decided it was time to return.

"This year has been a clarifying moment for so many people in that they have re-evaluated their priorities, and I'm one of them."

Anna hopes to eventually apply some of what she's learnt overseas in her new job, but at first, she will be in listening mode, getting to know The Dominion Post and its journalists, she says.

"I want to help Stuff journalists in Wellington become even better. They're obviously working in a very difficult media environment and I hope to help there."

Under Anna's editorship, Dominion Post readers can expect strong coverage of Wellington issues – such as the controversial Shelly Bay redevelopment, she says: "It's a national paper but should also be the beating heart of Wellington."

They can also expect more coverage of Asia than we're used to seeing in New Zealand media.

As New Zealand's biggest export market, China has a huge influence on our economy and way of life, Anna says.

"I really would like to look more closely at New Zealand's relationship with China and everything that involves.

"China has shown that no country is too small for them to try and influence the politics for their [own] advantage ... They're really trying to influence in the Pacific strongly, very much in Australia and very much in New Zealand. So I think, we in New Zealand, have to be able to stand up for our values and our principles and do the right thing according to us, even if sometimes it may make things a bit tricky economically.

"China is important to us, but we're also very important to China. China buys our milk and our meat and these products because they're good quality, it's not charity. So I hope New Zealand can have a more mature relationship with China going forward."

Anna says she and her nine-year-old son have loved living in China's capital city.

"[Beijing] is a really fantastic place to live and very exciting and colourful and smelly and chaotic… we will miss all of this but it feels the right time to come home and be closer to my whānau and my friends and my community.

"I'm making this move from a newspaper owned by the world's richest man [Jeff Bezos] because I believe in [Stuff CEO] Sinead Boucher and her vision for Stuff and the ability for Stuff to flourish under New Zealand leadership."