World could lose half its sandy beaches by 2100

Sandy beaches make up a third of the worlds coastlines -  but we could lose half of them in the next 80 years according to new research published in the journal Nature Climate Change.

“It is based on the expected amount of sea level rise and the current science on the degree of storms, it will be a baseline of the sort of losses that we can expect.” 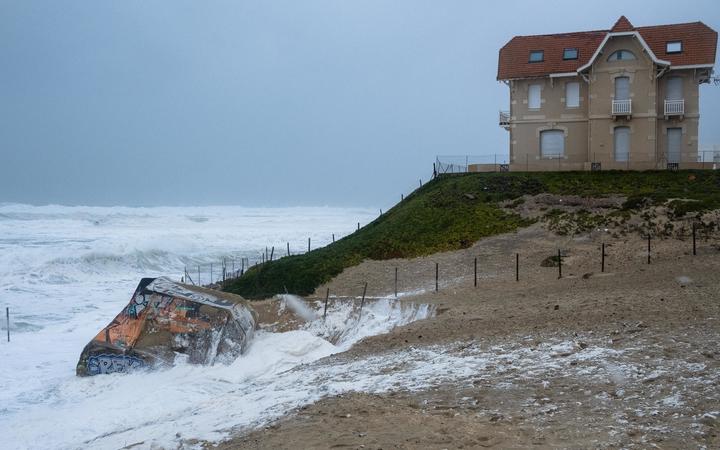 The numbers don’t consider dramatic levels of sea-level rise that could happen if there was a collapse of ice in Greenland or west Antarctica.

There’s a lot of value attached to beaches and we could lose ones that we love, Storey says.

“There’s also the amenity value that people experience when they visit beaches, even if they don’t particularly have their own property there. There’s eco system of values of beaches and we can expect to see that there will be impacts on the New Zealand coastline.”

In some parts of the country, there’s a natural level of significant erosion, Storey says.

In other cases, sea-level rise cause waves to reach land that wasn’t previously exposed to them.

During a storm in Sydney in 2016, 50 metres of the beach was lost in one weekend because a storm came in from a different direction to usual.

“The other key thing is, as you have sea-level rise, first of all the water is reaching areas it wasn’t previously reaching but under climate change we’re also getting a change in the storms themselves; we’re getting storms that are bigger and we’re getting them more frequently.”

To prevent it from happening, Storey says we need to reduce emissions.

“One of the key things that this study identified is that if…we are more consistent with the ambitions of the Paris agreement then we lose a lot fewer beaches but if we continue with business as usual then we are looking at that significant reduction.

“The other key thing is we need to get out of the way of beaches, beaches naturally move.”

“If we build a rock armoury or we build other hard defences in place, then the beach has nowhere to go, so if we get out of the way then a lot of their natural process will allow the beaches to move.”

However, it might not be able to move as fast as sea-level rise, she says. Dredging sand and putting grit on a beach is only a short-term solution.

“The ocean will always win.”

Sea-level rise will happen at the same time as significant stresses on the eco systems that are just out to sea, she says.

“There’s very high certainty that we will lose most of the coral reefs in the world in the next 30 years.”

Fisheries nursed in coral reefs, wildlife supported in the area, food supply and customary rights will be threatened by the disappearance of beaches, she says.

Since the 1970s, there hasn’t been a nationwide study on the erosion of coastlines.

NIWA, led by Rob Bell, is about to undertake a two-year study that will be able to match to international research.