From netballer to award-winning musician, JessB has become one of our most celebrated female rappers. This summer she'll be touring with Fat Freddy's Drop and performing at Laneway Festival and Splore.

JessB was this week's Bookmarks guest and joined Afternoons to talk about her favourite music, books and movies. 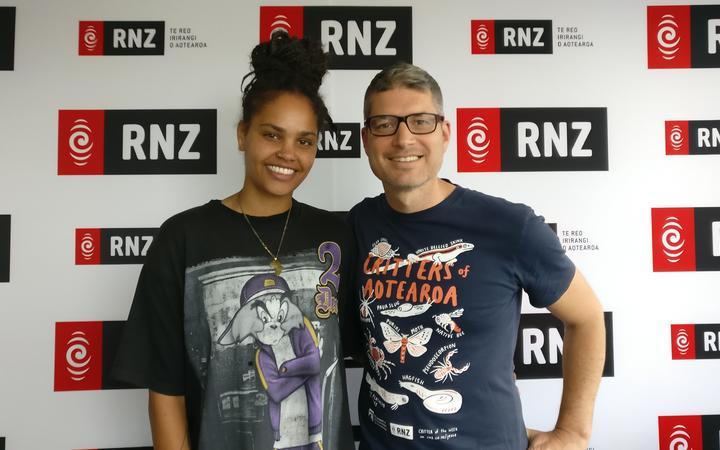 Jess, as she normally goes by, played for Central Pulse and Northern Mystics and tells Jesse Mulligan netball was a pathway she was on from earlier in her schooling.

“I was very serious about my netball. Anyone who knew me back then, especially through high school, knew it was my ultimate dream for myself.”

Her netball netted her a scholarship to university where she studied psychology and criminology.

She says music was a background hobby during her university studies and netball career. When she finally uploaded some music to the internet, where it was stumbled upon by artist/producer P Money.

“From there I started working with him loosely, getting advice from him and getting feedback on what I was doing.”

When her time at Central Pulse came to an end, her music had provided a few opportunities and she decided to go for it.

“I had the time and the brain space to then to take those on. It was like this switch, they rolled together and then apart in the most perfect way.”

Jess was born and raised in New Zealand with a father from Kenya. She says growing up in New Zealand was isolating at times and she felt she was different from others. She recently had the opportunity to visit Kenya and says it was a difficult experience.

“I expected to go back to Kenya and become, not invisible, but to fit in in a way that made me feel like I was part of something. What I actually found was I was still a foreigner there too. People kind of didn’t get me in the same way people didn’t get me in New Zealand, but for opposite reasons.

“So, that was really hard actually - the first time I went back. Apart from the initial shock, it was amazing to connect with where my ancestral lines are from and it’s a beautiful country.”

Recently, she’s taken to touring and play shows in Australia which she says is going well.

“It’s been really cool going over there. Obviously, it’s like starting again because people didn’t know who I was initially so it’s a lot of groundwork getting into the scenes and meeting artists. But, it’s been so great, there’s a lot of really exciting music going on in Australia right now, so it’s awesome to be a part of it.”

She says summer is the only time she makes money, and this summer will be a busy one.

“It’s gonna be pretty intense, but obviously it’s what I love to do so it’s not really ‘work’.

Books:
The New Jim Crow - Michelle Alexander  (Looks at criminal justice system in the USA - I studied Criminology at AU)
The Masters Tools Will Never Dismantle The Master's House - Audre Lorde (Series of essays)
What A Time To Be Alone - Chidera Eggerue (About loving yourself, being enough without a relationship etc)