JessB is spearheading a new wave of Auckland rap

After a chance discovery by prolific NZ hip-hop producer P-Money on the music sharing platform Soundcloud, JessB found a mentor and discovered her love for rap could become more than just a sideline hobby. 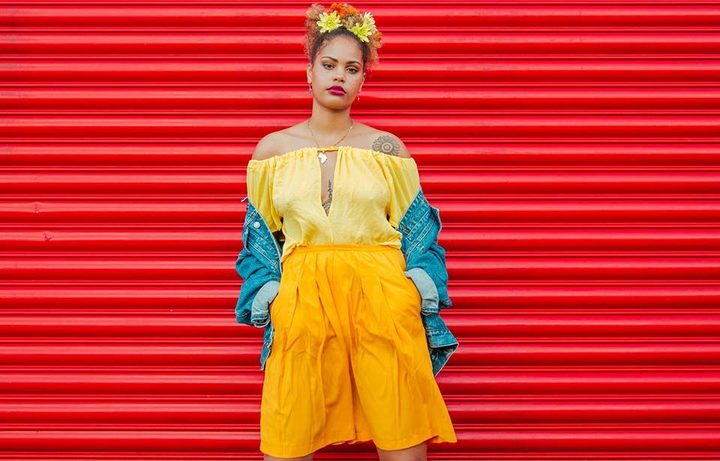 Self-assured and unapologetic in her desire to succeed, JessB isn’t afraid to speak her mind and play tough in a field normally dominated by men

Once with aspirations to become a Silver Fern; she’s competitive, tough and driven, but keeps her raps as real and relatable as her little 90s Mazda that gets her from A to B (and features in her music videos).

Always knowing she was different from her school friends (her father is Kenyan but Jess grew up in Auckland and was raised by her Pakeha family), she naturally gravitated towards rap and hip-hop being made by artists that she felt looked like her.

Last year Jess teamed up with some friends to produce a series of online music videos, shot around Auckland city and showcasing Jess’ prowess as a rapper and lyricist, but also with an eye towards boosting her presence online

Since then the momentum has continued to build and recently she became the first female guest on Red Bull Studio’s 64 Bars series, in which David Dallas provides a platform for NZ talent to take the mic and demonstrate their lyrical prowess in its rawest form.

Never one to shy away from a challenge, Jess’ performance was performed entirely in one take. Three minutes, no edits, no mistakes.

Her debut EP, which is set to be released later in 2017 is produced by her mentor P-Money and the first single 'Soul Free' is a note to self for JessB; to always stay true to herself and her dreams.

Jess B is performing at Auckland City Limits on Saturday, March 3rd, at midday on the Tamaki stage.