When your child is diagnosed as being on the spectrum it's a pretty lonely journey, says former National MP Steven Joyce, whose 9-year-old son Tommy has autism.

Joyce is a patron of the autism research programme Minds for Minds, who are holding a public seminar in Auckland on Monday 25 November. 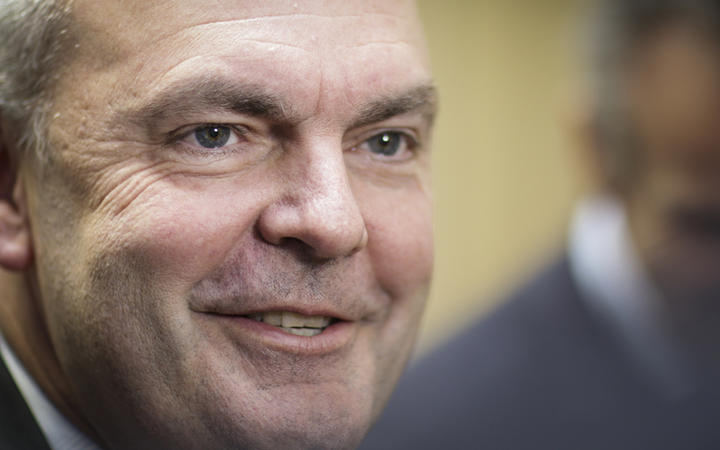 Tommy is now nearly 10 and was diagnosed with autism relatively late, he says.

It was a family member who first spotted it.

"His great auntie came round one day and said to me in her forthright Taranaki manner 'that boy's got autism'. And I said 'I don't think so, Auntie Margaret. And she said 'no, no. I'm absolutely convinced about it'"

Tommy doesn't talk and the family don't know how much he understands, Joyce says, but it's a lot more than they used to think and possibly everything.

"Many parents will know this, when you twig that there's some developmental issues, you go through this whole thing of wanting to know but not wanting to know and hoping it'll be fine… then going through a period of coming to understand it."

Tommy had a rough start to the year – he got epilepsy at the beginning, which got worse and worse.

One-third of autistic kids go through a period of epilepsy, Joyce says, and it would have been helpful to know the signs to look out for.

"At the start of this year, we had no idea that Tommy was going into an epileptic phase for two months 'cause we didn't know anything about it. And suddenly we realised what was happening, and he was having these things called drop attacks."

People with loved ones who are autistic could be better prepared for such developments thanks to the genetic sequencing research of Minds for Minds, Joyce says.

"If perhaps we'd known a bit more about [Tommy's] genome and the things that had caused his particular brand of autism spectrum disorder then we might have been able to know a bit more about what to expect and what to watch out for."

Joyce encourages everyone in the Auckland area who is affected by autism to attend Minds for Minds' public seminar at Auckland University on Monday.

"If somebody has autism in their family and they want to know a bit more about it this is one of the best ways."

You can find more details about the seminar here.