Parenting the child who's a "bit different"

They say it takes a village to raise a child. But parents shouldn’t be overly anxious about their kids not making developmental “milestones”, says parenting commentator and neuroscience educator Nathan Wallis. 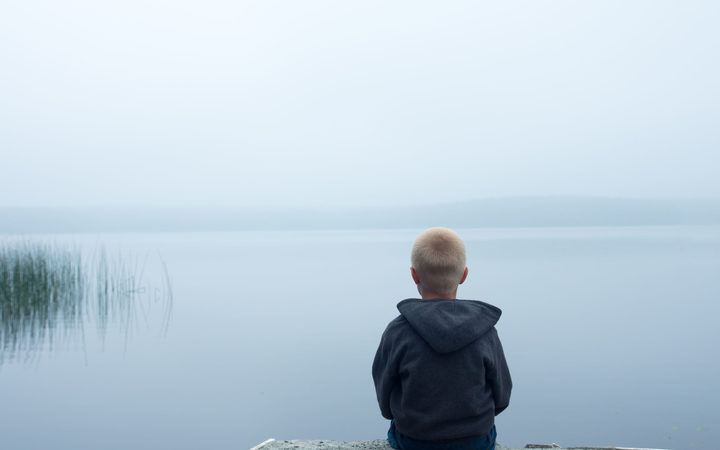 In fact most of the milestones that parents worry about aren’t really there, Wallis says.

When observing these so-called milestones, parents should take note of other indicators rather than evaluating it in isolation. Like in walking for example, they can look out for pre-movement indicators, seeing if the baby is pulling themselves up on furniture at 14 months or so.

“It’s hard to give just one milestone and make it simply that every child is supposed to do this by this age, because the research always informs us about his imaginary average child so there’s always ... a distribution of what’s normal,” Wallis says.

Kid will also often be born being better in a certain domain. For instance, often boys might develop motor skills before their language skills, Wallis says.

But again, this isn’t a ‘rule’ of measure for all boys so parents shouldn’t get too caught up in it.

“I can see why parents are concerned about [the child speaking soon]. There’s nothing else that quite marks your cognitive development quite as closely as language.

“But it’s worth parents knowing that we divide language into expressive and receptive. Receptive language is the stuff you understand. We don’t really measure a child’s expressive language until after the age of two.”

Wallis says that 90 percent of how much the kid speaks, the expressive language, will occur in a 10-month period between 26 months and 36 months.

Another factor that might get people worked up is whether the child is reading enough. But Wallis advises parents that it’s more important to learn to love books than it is to learn to read books

“I think if they’re under seven, you shouldn’t worry about it at all … Again, it’s to have a relationship with literacy, I wouldn’t wait until seven and the kid doesn’t know what the alphabet is. So I want to see a lot of pre-literacy and pre-numeracy before that and the kid might be using symbols in their own way.”

There’s also been mounting concern for parents to look for indicators that might mean their child is on the autism spectrum or ADHD spectrum.

“We know how important early intervention is and that the earlier you spot something and the earlier you intervene, the better the outcomes are. So that puts people a wee bit on hyperarousal, they’re looking for that stuff.

“It’s interesting. Are we getting more autism or are we just diagnosing more people? And if we are getting more, what’s driving it? The science isn’t really there yet to be able to tell us what autism is even. It’s probably 20 different things and we’re classifying it as one.”

He says that often with research on the autism spectrum the 40-10 pattern will emerge in the results, where by the experts cannot effectively conclude that certain indicators relate to the majority of children with autism.

Some parents may look at their child’s interpersonal skills and social activity as indicators, Wallis says.

“The literature talks about the serve and respond way that the brain develops, so you as a parent serve up a smile and the baby responds with a smile, or better still the baby serves up a smile and you respond back.

“In the first few weeks of life, we’re just going serve, serve, serve, and the baby is not responding typically and then … at some stage the baby smiles back and you get that response.

Parents who are concerned about their child not developing social skills can step in and help set up some group play dates or sleepovers and such, Wallis says.

“I think that’s always helpful, kids love social time and it’s just like a skill or apprenticeship, and the more time you spend at it the better you get.

“So if you create opportunities for sleepovers, especially where parents can be around to scaffold that, to make sure that it’s all nice and that it’s pro-social and the kids are having a good time, and that when there is conflict they’re allowed to resolve it themselves or there’s support there to resolve it in a positive way.”

Finding the right guidance on what to do can be difficult for parents but Wallis encourages them to talk to GPs and not underestimate the value of chatrooms.

“I see lots of parents that are saying their child is a bit quirky, a bit different, they embark on a path of trying to find out what that is so they often got lots of dead ends and it’s a struggle. There’s usually a parent who was in exactly the same situation as you one year before and they’re just one step ahead of on that pathway.

“So go into those chatrooms, you have to sift through a bit of stuff but you can often find people that are just one step ahead of you and that can save you a whole lot of time.”

And a bit of advice if you think your kid is “quirky” or a bit different, Wallis says most of the really interesting people in the world started out as quirky kids.

“So just celebrate what you’ve got, no-one’s a mistake, everyone’s exactly as they’re meant to be… embrace that and work with it.”