How to build empathy and kindness in a fractured world

Empathy is in decline around the world, but a Stanford University psychologist says it’s vital we fight to reclaim this most noble of human qualities.

Dr Jamil Zaki explains how we can develop empathy like a muscle in his new book, The War for Kindness: Building Empathy in a Fractured World. 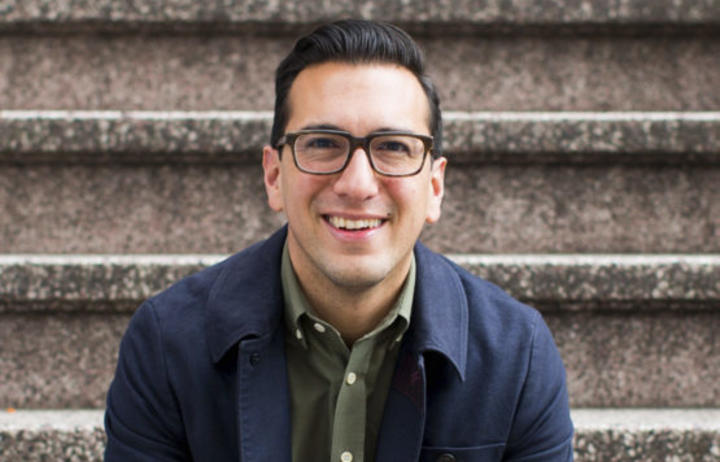 Stanford psychologist Jamil Zaki examined how to cultivate empathy in an unjust world Photo: Portraits To The People/Sarah Deragon

Empathy is not one thing at all. Instead, it refers to multiple ways that we respond to each other's emotions, Zaki says.

“Let's say that you're having lunch with a friend, and he gets a phone call and you don't know who's on the other line or what they're saying, but you can tell it's not good, because your friend starts to cry.

“While you watch your friend break down, a bunch of things might happen in you, you might become upset yourself sort of vicariously catching his feelings. That's what we'd call emotional empathy.

You might try to figure out what he's feeling and why, that's what we would call cognitive empathy. And at least if you're a decent friend, you probably care about him and wish for him to feel better which we call empathic concern, or compassion.”

All of these reactions put together represent the “full sum of human empathy”, he says.

Barack Obama referred to something he called the ‘empathy deficit’ and Zaki says there is evidence that empathy is in decline.

An empathy questionnaire which hundreds of thousands of Americans have completed shows this, he says.

“Recently psychologists put all this data together, what they found is that in 1979, the average American at least had a score of about four out of five. So, you'd like a solid B on the empathy scale. And by 2009, that number had gone down to a three out of five.

“In other words, the average American in 2009, reported being less empathic than 75 percent of Americans, just 30 years before.”

Correlation isn’t causation, he says, but nevertheless believes living in a more atomised society might be a factor in this reported decline.

“Empathy is also on the decline at the same time as our politics have been driven further and further apart.”

He has observed this empathic decline among the students he teaches, Zaki says.

“I do not ascribe to the stereotype that they are unkind or narcissistic as a generation.  But I tell you what, they do seem to be experiencing a massive amount of stress. And there's a sense that stress draws us into ourselves and makes us feel like we have to focus on ourselves to the exclusion of other people.

“And I do feel this sort of sense among teenagers and young adults that they're in this arms race where they really can't afford to connect in the way that they might want to.”

The possibility that technology would bring us closer, has not transpired, he says.

“Technology and social media in particular were our greatest empathic opportunity of all time. I mean, you can connect with anybody anywhere, anytime on their own terms and respond with empathy.

“The issue is that's not how the biggest social media platforms we have are constructed. They're not really built to connect us, they're built to keep us online, so that we can click on ads.”

This plays to human frailties, rather than strengths, according to Zaki.

“You end up with these social media platforms that favour vanity and outrage and division, instead of careful listening or communication at a deep level.” 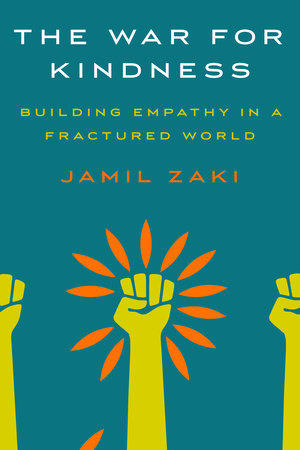 Empathy can be developed however, he says.

“There's a long standing really robust tradition in psychology based on what's known as contact theory. So, the idea is that, basically, tribalism and division, one of the weird things about it is that it makes us very incurious about people are different from us.

“It makes you reduce somebody who is in another group to just being Oh, they're just a Republican or a Democrat or they’re a member of a certain race or age or whatever. But you know, people just are way too complicated to be explained in that way.”

Climate change, and our response to it, is bundled up with empathy, he says.

“Maybe one of the hardest tests of human empathy is whether we can care about people who we will never meet, who have not been born yet, and who will never know that we existed -future generations.

“And yet our ability to empathise with them might be a huge part of our willingness to sacrifice some of our comforts to ensure that they have a liveable future.”

He says we are in a war to recover empathy and kindness.

“I feel like sometimes the loudest voices in our culture are not the kindest, and it's easy to feel as though those of us who want empathy and kindness are alone. But we're not. There are many, many of us. And sometimes I think the first thing in creating a movement, a cultural movement, is recognising how many people there are just in the woodwork who might not be saying so, but really feel the same way that we do.

“So one thing that I always tell people is, you know, notice the empathy around you. And when you empathize when you act kindly, don't be afraid to make that empathy loud. Because, you know, I think that that once we see how many of us want this, we can start to push harder for.”