Why do we do terrible things?

There is no such thing as evil. There are bad choices and very bad choices, that individuals can and do make, a British academic says.

Although the notion of evil is currently ubiquitous in true crime stories, movies and TV shows, the world is not made up of good and bad people, and we’re all capable of both remarkable and reprehensible behaviour, says Dr Julia Shaw.

Shaw, a scientist in the department of psychology at University College London, uses research to explain why we do terrible things in her book, Evil: The Science Behind Humanity's Dark Side. 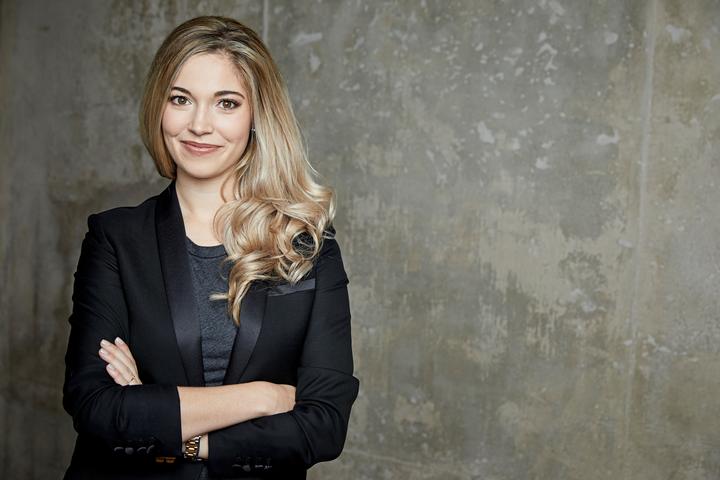 Well apparently there’s no such thing, according to Dr Shaw. She believes it’s a word we use to label someone other than ourselves.

“I think that evil only exists in our fears … and we almost always use it as a word that is intended to dehumanise or distill someone's entire personhood into one word and basically say, ‘I don't need to understand this person, because they're in another realm, they're beyond human, they're evil’.”

It's a caricature, she told Afternoons.

There are good true crime investigations and documentaries that can help us better understand why people act in certain ways, she says, but the bad ones tend to categorise so-called “evil” people into a box that’s beyond human.

“It’s almost like going to the zoo and you're sort of watching this creature which is being dehumanised from a distance. And you're able to sort of feel good about yourself sitting on your couch going, 'Oh, but I'm good because I'm not as bad as this person'.

“We need to be very careful, because I think all of us aren't capable of great harm until we are, because as history has shown time and time again, really ordinary born people are capable of really terrible things.”

And the ultimate test for her theory is Adolf Hitler. Dr Shaw acknowledges that what happened under Hitler was an atrocity, however she says his ideas and anti-Semitism weren’t invented by him.

“Hitler, I think, can happen at any point. There's a confluence of things that come together and create an individual like this, and that doesn't absolve them of responsibility, of course not.

“But I think we should always be prepared that people can be created, and again that potentially even that person is us, who ends up doing terrible things. You're not born with it, there's no ‘E’ gene, there's no factor 'E' that makes people like this.”

She also conducted a thought experiment pretending to look into Hitler’s brain – based on what’s known about him from his psychological profile and childhood among other things – and says she doesn’t think he had any major psychopathology.

“He wasn't mentally ill, he was almost certainly a narcissist but beyond that, like he didn't have the hallmarks of someone who's mad, the sort of mad or bad categorisation that we sometimes fall into.

On the other hand, there are parts of the brain that might mean certain people are more disadvantaged when it comes to bad decisions, she says. For example, having a less active prefrontal cortex indicates a predisposition to make worse decisions, and that might include hurting people.

“Having things like lower activity in your amygdala, the part of the brain responsible for among other things empathy, makes it easier to hurt people because you don't feel their suffering when they feel it,” she says.

“But at no point do these predispositions result in you actually engaging in harm. That's where also I think we need to assume that there's still some decision making.”

“He had an incredibly high accuracy rate, so he was really good at doing this … and he held a brain in his hand which he immediately said, well, this is obviously the brain of a psychopath. It turns out, it was his own brain.”

Fallon argues that, while he probably does have the brain of a psychopath, just because a person such a predisposition, it doesn't mean that you're necessarily going to act out on it.

“I think, frankly, all of us probably know a social psychopath. Someone who, you know, doesn't quite empathise with people but still makes decisions that aren't necessarily harmful,” Dr Shaw says.

Evil empathy can be used to unpack why people do things that we label evil, Dr Shaw says.

“And it's trying to relate to yourself also potentially being capable of terrible things … So to hold up the mirror and to look at your own dark sides, your own predispositions, your own fantasies.”

For example, she says some studies found most people say they’ve had murder fantasies.

“Of course, these weren't people who'd gone on to actually murder, but these kinds of dark fantasies, they can scare us. And so the question is what do we do with them, and where do they come from? So evil empathy just means trying to empathise with others and how they got to terrible behaviour.”

Engaging with that level of thinking about how you or the person got there could hopefully prevent people from going down those paths, Dr Shaw says.

“Some evolutionary psychologists just argue that actually having fantasies like that is adaptive.

“In other words, if you're able to think through a scenario of what it would be like to sort of hurt somebody or murder someone, you realise what the consequences of those actions are because you've played out the thought experiment, and then in real life, you make the better decision not to do that.”

One exercise she suggests is to think of something you lied about or when you broke rules and no-one knew, then imagine that everyone knew about it and judged your whole life experience based on this one thing, disregarding any good you may have done.

“You would find that deeply troubling and unfair, you'd go ‘but that's not who I am, that's just the decision I made once’. With other people, we don't have that, we use labels.

“Again, it's not to excuse that behaviour, but to then forever simply refer to that person by that one act is to distill their humanity into a caricature - a label. And again, we don't do that for ourselves. I think it's really troubling that we often, and quite readily, do it to other people. So empathy can help us to overcome that.”

Are our instincts good at picking up on ‘creepy’ people?

Judging people we meet is also another problematic area where we categorise people and determine whether we can trust them or find them ‘creepy’, Dr Shaw says.

The first systematic study on creepiness was conducted a few years ago, she says, and found that people label certain kinds of behaviours as creepy - including relentlessly steering the conversation to one topic, certain kinds of hygiene like having greasy hair, standing too close to someone, and certain kinds of professions.

“The question was how reliable is that as an indicator [for trusting someone]? And the answer was probably not at all.

“In a study where people were asked to assess whether a picture of a person was of a Nobel laureate or of someone on America's most wanted list, people were only slightly better than chance [on their assessments].”

The problem with that is it leads stereotyping of people who we perceive to be different, including people who are mentally ill, disabled, or from different cultures, Dr Shaw says.

“I think it really helps explain why that base part of our brain gets triggered and we need to override it. We need to look for evidence and make sure that we're not making decisions just based on our gut, because our gut is really quite bad at deciding who we should actually trust.”

She’s even included a “creepiness test” in her book for readers to see whether other people might perceive you as creepy or not.