The fat that's good for you

David Gillespie likes a good crusade. The former lawyer from Brisbane has written best-selling books warning about everything from sugar to psychopaths to the dangers of teen screen addiction.

In 2013, he wrote a book about the health risks of certain oils; oils that are present almost all processed foods. His new book, The Good Fat Guide How to Add Healthy Fat to Your Diet, draws heavily on large-scale research carried out in the US during the 1960s and 1970s which he says showed seed oils were, in fact, very bad for us. 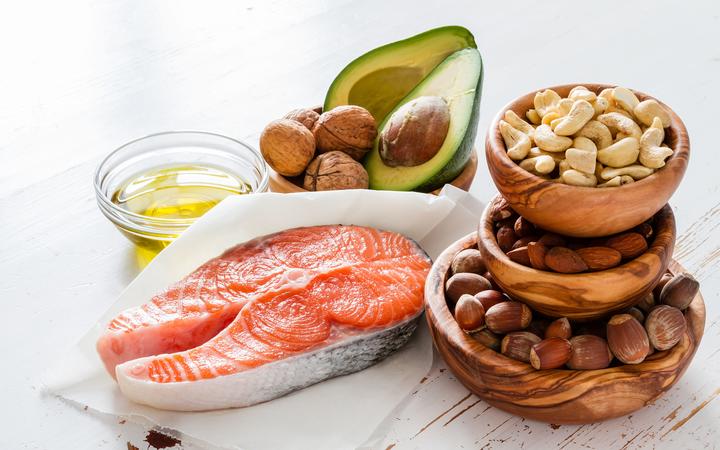 “This was research that you would never get funding for today, because it would cost far too much. But in the ‘60s and ‘70s, with a president dying of a heart attack, this research was done; large human trials.

“And what they were trying to prove is that when you took animal fat out of human diet and replaced it with seed oils, which was the recommended advice then, and all the way up until now, you would prevent heart disease.

“Not only did that research show that it didn't prevent heart disease, actual death from heart disease and other causes increased substantially.”

The research did show that cholesterol was a reduced, but death from heart disease increased significantly, he says.

“And that's an end point I think people would care about more than whether or not their cholesterol was low or high.”

Despite the scale and cost of this research it remained unpublished for years, Gillespie says. Until a scientist at the National Institutes for Health asked what ever became of it.

The research was discovered in the National Institutes of Health archives and was re-published in the British Medical Journal (BMJ).

Gillespie says over the past 100 years we have completely changed the source of fat in our diet.

“And what we've done in the last 100 years is replace all of the sources of fat which are dominated by saturated and monounsaturated so the stable types of fat, which come predominantly from animals, or some fruits like olives and coconuts and replaced them with fats dominated by those extracted from seeds which are high in the omega-3 and in particularly omega-6 polyunsaturated fats.”

“Now that omega 6 oil is highly problematic in the way our body is put together. It is absorbed into the cell membrane of every cell in our body, it oxidizes very, very easily, it produces highly carcinogenic end products when it reacts with oxygen, it interferes with the construction of our DNA it is really, really bad news inside the human body when it reacts with oxygen.

“It's even worse news when it's heated outside the human body and we inhale it, exactly the same carcinogens which come from cigarette smoke come from this stuff.”

Gillespie says the new research from “large-scale human trials” has proven oils heavy in omega-6 “double the rate of cancer.”

They are also pro-inflammatory, he says.

“You load the diet with pro inflammatory fats and what will happen is that you massively increase autoimmune diseases or any other diseases of the immune system.

“Which is why for example, we've seen in the last 10 years in Australia, increases in the rate of anaphylaxis - life threatening allergies in children. They have increased five-fold in a 10-year period that is extreme and unprecedented anywhere in human health or medical history.”

The prevailing wisdom has been that the increase in cancer and heart disease in the 20th century is down to consumption of animal products, he says.

“It seems somewhat insane to blame modern disease on ancient food, which is exactly the message we've been given. We are expected to believe that the food that did not cause these diseases for the entirety of human evolution up until the turn of the 20th century,  and didn't cause it even as that was what we were eating every day, suddenly is responsible for an epidemic of chronic diseases like heart disease and cancer that occurred during the 20th century.

“A more logical approach, standing back from it, would be what did we change in the 20th century answer: the fat source, and therefore that's likely to be the culprit.”

So which oils, according to Gillespie, are OK to use?

“All animal fats are fine, but if you don't want to eat animal products, that's fine too, fruit oils are fine too - so olive oil is a fruit oil, so is coconut oil, so is palm kernel oil, they are all fruit oils and they're perfectly fine.

“The reason they're fine is that they have a fat profile which is very, very similar to animal fat which is in that they’re dominated by saturated and mono-unsaturated fats and have very low levels of omega-6.”

Pretty much everything else is out, he says.

“All the common things, like canola oil, sunflower oil, soybean oil, rice bran oil, all of those things are seed oils, and they're all very high in omega-6 fat.”

And if you love mayo; make your own he says.

“Any commercial mayonnaise available in supermarkets today is going to be made with sunflower oil, not olive oil. And even if they have little pictures of olives on the front, all they've probably done is put a little bit of olive oil in for flavour, because it's just too expensive to make mayonnaise on a commercial scale at a competitive price out of out of olive oil.