Andrew Blum: The Weather Machine How we See into the Future

Journalist, author and weather geek Andrew Blum was sitting with his new-born baby scrolling through Twitter when all at once, the meteorologists he followed started tweeting like mad. It was eight days before Hurricane Sandy would hit the United States in 2012.

That super storm was made up of several storms wrapped together and was one of the most damaging hurricanes to ever hit the United States.

Blum says the meteorologists weren’t acting from human intuition or relying on their skills in the field, but from the outputs of super computer-generated weather models.

He became intrigued and explores how these super computers work, and the meteorological history that preceded them, in his new book The Weather Machine How We See into the Future. 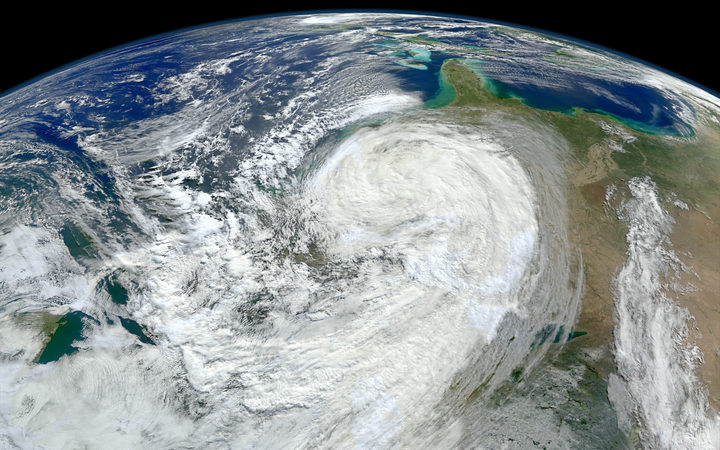 “The way that [weather forecasting has] gotten better step-by-step, year-by-year, has snuck up on us,” he says.

Those improvements in tools and technology impressed him, he says.

“Sometimes the forecast has a lot of confidence, it’s quite clear that it’s going to rain, or it could be sunny, but sometimes it’s a bit more complicated than that and the forecast is it might rain, there’s a 50 percent chance it will rain."

There’s a truism in meteorology that the forecast is only as good as the decisions you can make from it, he says. And 3 -10 day weather forecasting now relies on global weather models and observations.

“It’s really a culmination of these 150-year tradition of weather services, mostly operated by governments, exchanging their data, pooling it all together, giving a little bit of data into the pool and getting data from the rest of the world back.”

But, there are storm clouds gathering over who owns forecasting data and who can make money from it, he says.

“I think we’re at a bit of a golden age of weather forecasting, but to say it’s a golden age is to say it might be changing soon. I think the dynamic that might be detrimental is that we have great forecasts that help us make more decisions than before and we have new weather extremes, climate change, and there’s more money at risk.”

What only used to be the realm of governments, now includes an increasing number of companies flying their own satellites and running their own weather models in an effort to get a competitive edge, he says. 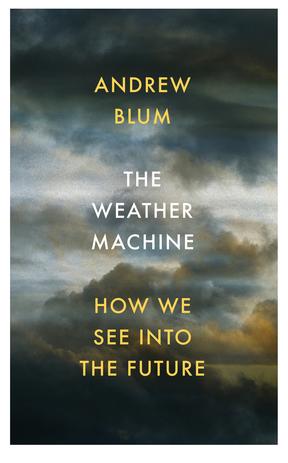 “The team of meteorologist, charged with figuring out what the weather was going to do across the English Channel, convinced Eisenhower to push the invasion back by a day, they saw storms coming but they saw a break in the storms on the morning of June 6 1944.

“The forecast is one thing but the ability to make a decision from it is another. It wasn’t just that it was a good forecast, which is was, but it was a forecast explained and presented with enough confidence that history could be changed.”

The Allies had better observations than the Nazis because the weather stations, in the places where the weather was coming from, were held by the Allies, he says.

“In contrast, there was an amazing Nazi effort to collect observations from that part of the world, including this crazy story of the only Nazi… on North American soil, in Canada, where they tried to install essentially a robot weather station, a remotely operated weather station in 1943.”

The Nazi crew painted ‘Canadian meteor service’ on the side of the batteries hoping that it would keep it hidden, which paid off, but the station only worked for a few weeks.