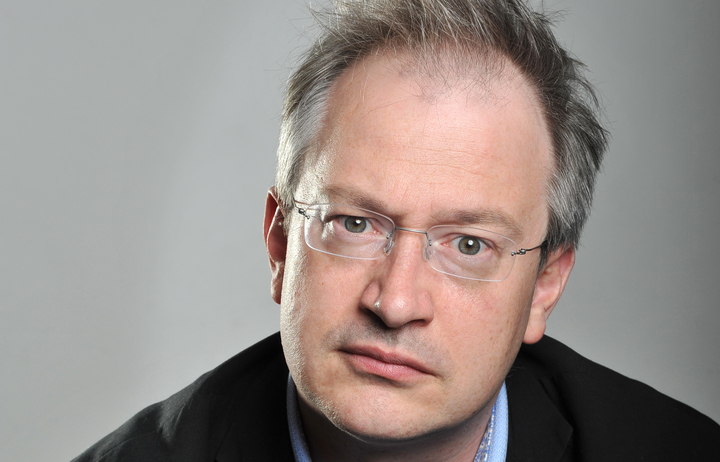 Award-winning comedian Robin Ince is one half of the BBC science and comedy show The Infinite Monkey Cage, along with physicist Brian Cox.

The pair hit New Zealand shores for the first time this week, performing in Wellington, Christchurch and Auckland for Cox's Adventures in Time and Space tour.

Ince joins Jesse Mulligan from our Christchurch studio to talk about the show and the importance of asking scientists stupid questions.

The first half of Adventures in Time and Space is Brian Cox talking about black holes, then, according to Ince, he steps in just at the point that the audience begins to get lost in the science.

“My job, for anyone that doesn’t know, is that I’m a professional idiot.

“I’m always surrounded by people who are far cleverer than me. I can always appear to be an expert as long as there’s no experts in the room.”

Ince says he curious about everything - and that makes him a deeply shallow individual.

A fair bit of the show consists of banter between him and Cox, Ince says.

Although he gives Cox a bit of grief, so far they’ve only had a big argument on one subject: simulation theory.

“His take on simulation theory is very different to mine. Whereas mine is an artier take on it, his is a more specifically equation-based take. And we stood up in a room and screamed at each other. But, it never gets personal, it’s always the numbers.”

Robin Ince has a new book entitled I'm a Joke and So Are You.