Dr Michael Mosley doesn't just talk the talk, he walks the walk. When the BBC host and champion of intermittent fasting started seeing new research about the benefits of an 800 calorie a day diet, he gained weight just to see if he could lose it with this new approach.

He says 800 is the magic number to trigger changes in the metabolism that produce real health benefits. 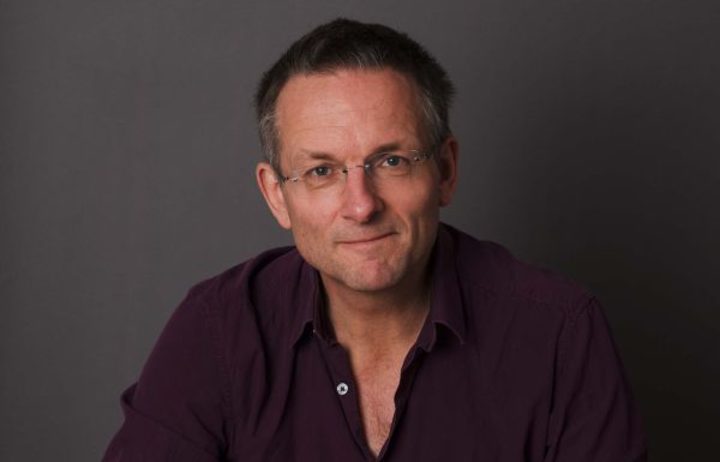 He shares the science behind the diet and tricks to stick with it in his new book called  The Fast 800: How to Combine Rapid Weight Loss and intermittent Fasting for Long Term Health.

He says in recent years there’s been a huge amount of research into diet, which is changing what we once thought of as gospel.

A slow and steady approach to dieting is one such truism that has been overturned, Mosley said.

“There have been three huge studies published in the last year which have pointed out exactly the opposite; that if you want to lose weight and keep it off, and you want to reverse your type 2 diabetes, your high blood pressure, then you are better off going for rapid weight loss as long as you do it properly. And in all those studies the magic number was 800.”

Mosley had to gain weight to test the diet.

“Interestingly my body resisted it for a while, it really didn’t want to put on weight, but eventually it started and it packed it on. I put on about 10 kilos and started to snore like crazy, I got cravings like I’d forgotten entirely about and had a mad desire for chocolate and sweet and sticky stuff.

“I think what was happening was my gut bacteria was changing.”

Mosley said once he got on the fast 800 diet, the weight disappeared in three weeks.

“I suspect my body was craving to get back to its previous shape, I suspect it is easier if you have been lighter for longer. But the evidence is very, very strong - if you lose weight and you keep it off for about nine months maybe a year then your body will readjust, the hunger hormones will readjust, and the gut biome will readjust. So this idea that diets are doomed to fail is completely untrue,” Mosley said.

He said there are 50,000 celebrity endorsed diets out there and they are “terrible”.

“But if you do a good diet, a well scientifically-based diet then the evidence is overwhelming of benefit. Diets work, but you have to do the right one,” he said.

And the reason we should do it is so many diseases are linked to being overweight.

Mosley is very much against fat shaming, but he says people need the right advice.

“There is a kind of movement which I understand and I sympathise with, that says we should embrace the wobbly bits and I 100 percent do not think we should do fat shaming, it does not work, telling people they are fat and overweight does nothing good for anyone, no one ever loses weight because they are told they are fat.

“On the other hand, telling people who are overweight or obese that they’re fine is also, I think, criminal. And the sad thing in the UK is doctors do not talk to their patients about weight loss, simply because they assume the patients will be embarrassed.” 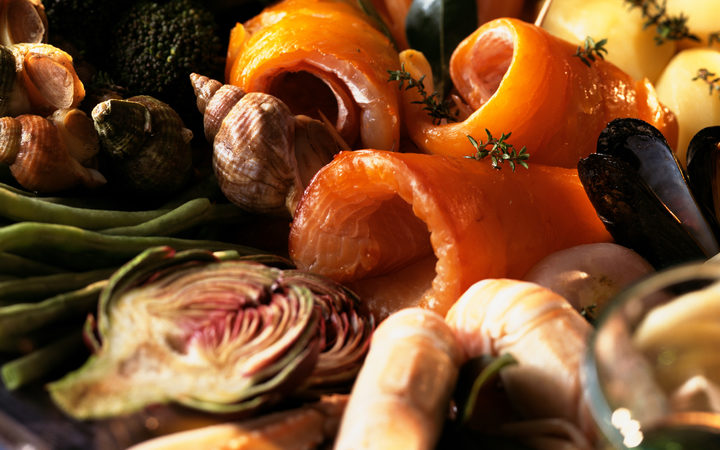 So what does 800 calories look like? It’s a “decent” amount of food Mosley says.

“You might have some eggs for breakfast with a bit of smoked salmon or bit of ham, black coffee black tea and lots of fluid.

Some vege soup or whatever for lunch and a handful of nuts. Then a big pile of veg with meat fish or tofu for dinner.”

“The French have a saying ‘hunger is the best sauce’.”

“The good news is on this style of diet, rapid weight loss followed by 5:2; the first place the fat goes is the visceral fat it starts to go in 2 to 3 days.”

Visceral fat is the fat we can’t see, fat that engorges organs such as the pancreas and liver, he said.

Mosley is dismissive of faddish diets, such as the currently fashionable low-carb keto diet.

"I think a keto diet is completely unsustainable, because we need carbs in the form of fibre. Fibre is fantastic for your gut bacteria, your gut bacteria love fibre and the good ones will then convert it into these anti-inflammatory agents."

He said the Atkins diet is equally unsustainable with most adherents putting the weight back on.

“And indeed Atkins when he died was about 220 pounds over 100 kilos. He was not a great advert for his own diet, keto is just a re-imagined form of Atkins, it’s an ultra-low carbohydrate diet.”

Eating only within a set window of time has good science behind it, Mosley said.

He said it’s another form of intermittent fasting, and it’s easier to watch the clock than count calories. And he said in this period when we are not consuming, the body switches to fat-burn mode.

“You stop eating at 8pm and you don’t start again until 8am or 10am the next morning.

“Humans evolved to run on two fuel systems, we’re like a hybrid car - petrol and electricity. We run on sugar most of the time, but then we switched over to burning on fat because we evolved in a period of feast and famine.”