Journalist David Farrier is back in New Zealand after filming his new Netflix series Dark Tourist, where he investigates tourism around the world based on the gross and grotesque, the morbid and macabre.

“Mark McNeill, who’s been making a lot of really good television in New Zealand for years ... he had had this idea of doing something around dark tourism for ages."

He says it was not a complex process proposing the show to Netflix, thanks in part to the success of his documentary Tickled, which investigates the strange sport and in some cases fetishisation of competitive tickling.

“[Mark] saw Tickled and just thought it could be a good match really … so I met up with Mark and then I said I’m going to be going and seeing Netflix and I’ve got a few ideas to take them, should I add this to the list and he said ‘yeah sure, add it on’."

Netflix gave the go-ahead, and the team based in New Zealand began planning and filming.

“When it came to actually booking flights it was surreal,” he says.

“The polygon is the most nuclear-bombed place on earth and you’re getting a bit more radiation there than what is recommended I suppose ... we did our safety research as well, we’re not reckless, but when it became a reality it was an unusual thing.”

He says he’s a coward really and doesn’t like danger, so the thing he wrestled with the most was going to McKamey Manor, which has been run by Russ McKamey for 15 years.

“You turn up with dog food as payment and he’ll basically torture you until you break, and no one’s gotten through the whole … it’s like an extreme version of a horror house I guess.

“I wasn’t, but there’s people in there that end up being waterboarded and … you’re alone with him, the crew can’t follow you in.

“So when stuff like that became a reality …  that’s where you look at it and sort of say ‘oh God,’ you know, ‘is this what I want to do?’

“It’s just having your autonomy taken away from you completely … and I’m claustrophobic, so all the little triggers, I was out of there pretty quick."

That's just a small section of the whole.

“I’m making this show sound incredibly morbid, it’s not all a big torture show, it makes up five minutes of this eight hours.”

He says despite some of those worries, the show helped him find a more emotional side to himself and see the positive in people.

“It’s not a huge shift, I just think it’s kind of maybe opened something up in me that was a bit dead,” he says.

“It’s simple things, like I’ve always tried to be open-minded and I feel like that was pushed but my main takeaway from this is that there’s good in everybody.

“Everyone’s got something likeable about them, and I think that shifted my perspective of things a bit.

“The world in general at the moment feels like a very scary, strange place, and the travel I did this year I like to think a good takeaway from it was that a lot of people I’d met had been through some pretty awful things, and they were kind and they had amazing sides to them.

“It reminded me that people are good, and we’re not all destined for death and destruction.” 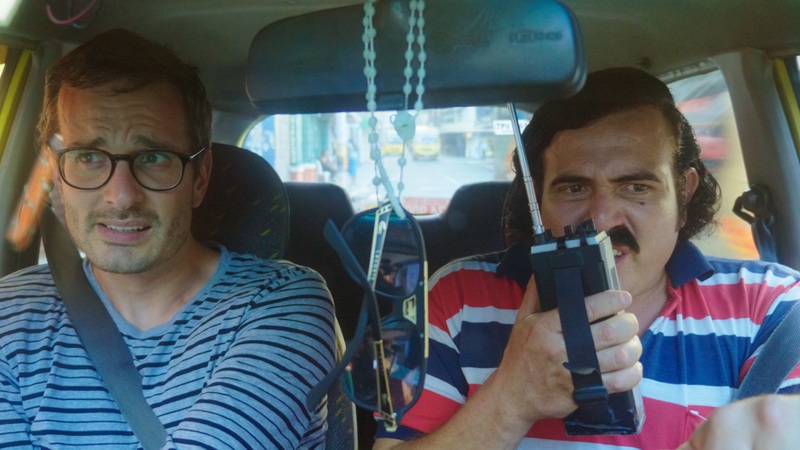 David Farrier on tour with a Pablo Escobar impersonator in Colombia 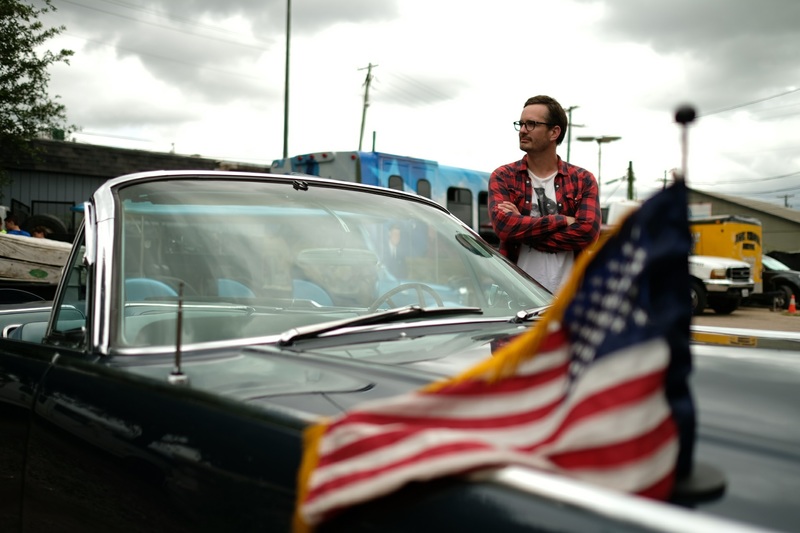 David Farrier in the USA 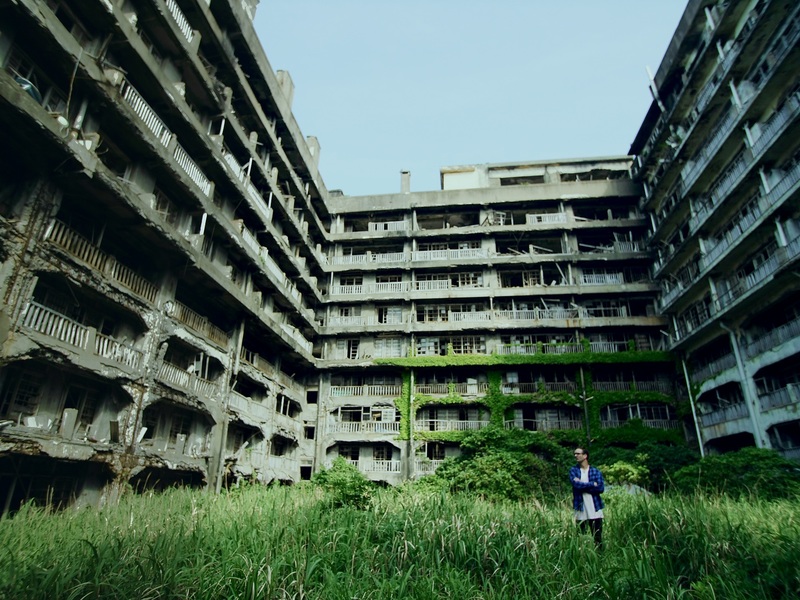 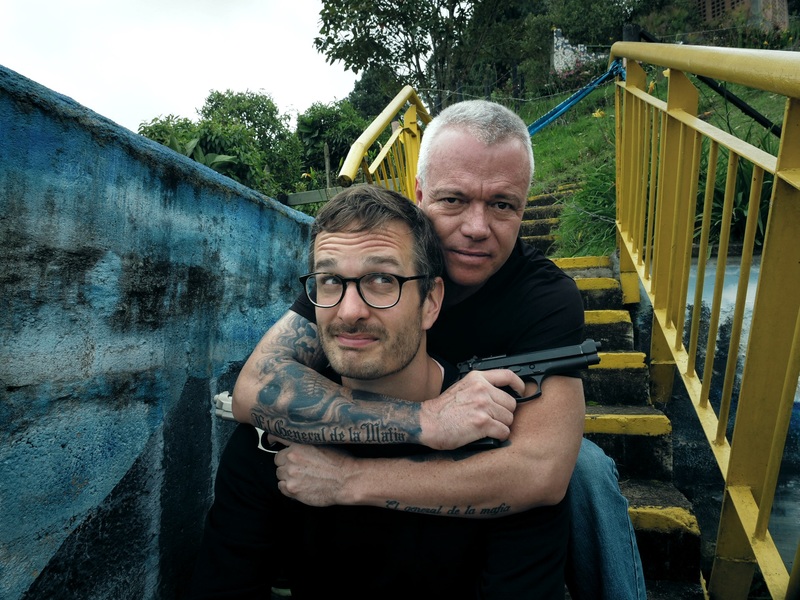 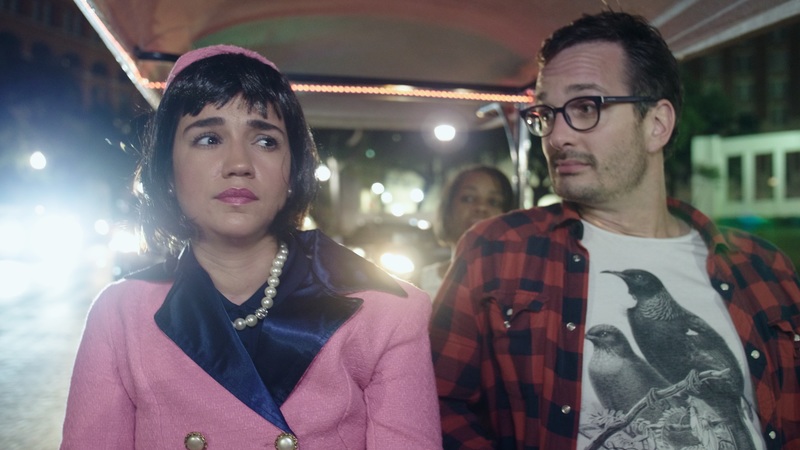 David Farrier on a JFK tour in Dallas, USA 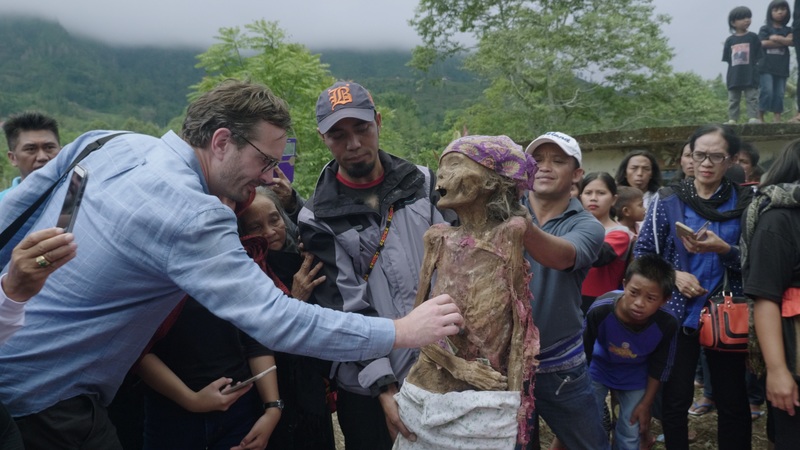 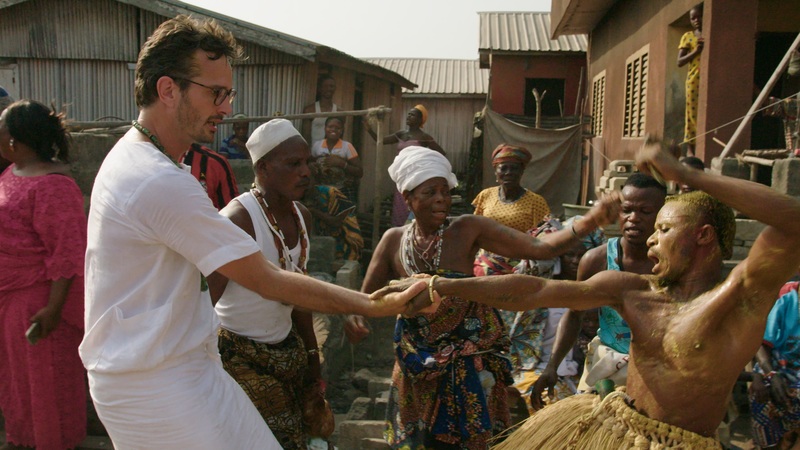 David Farrier taking part in a self harm ritual in Africa 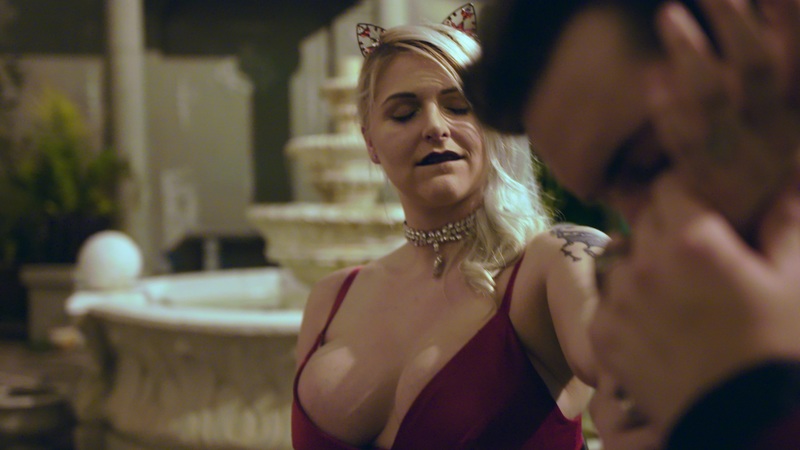 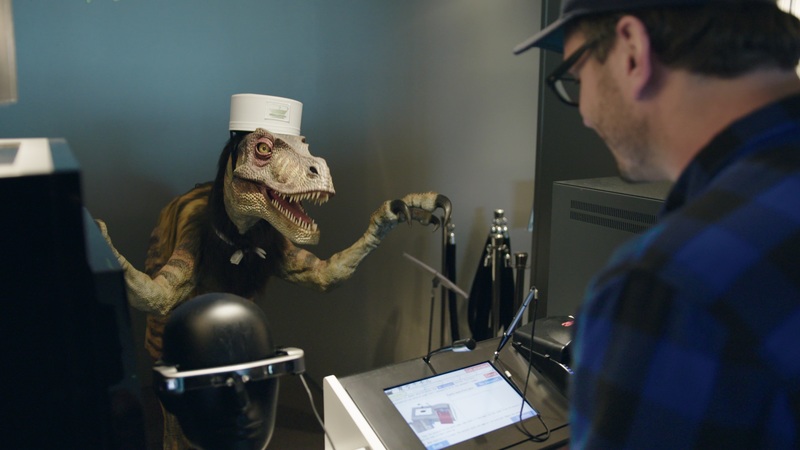 David Farrier checking into a robot hotel in Japan 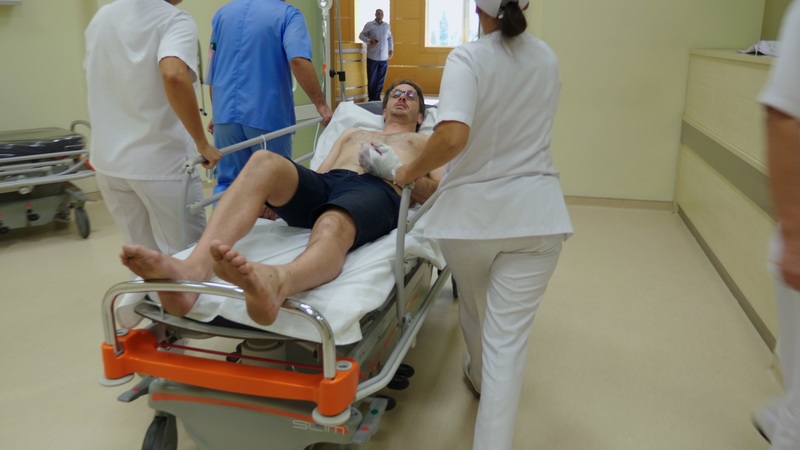 David Farrier in a Turkmenistan hospital 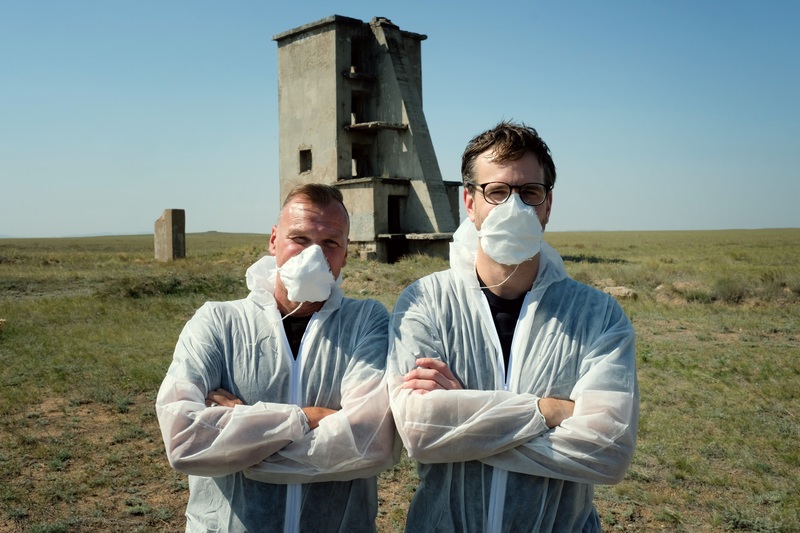 David Farrier with Andy Drury at the Polygon, Kazakhstan 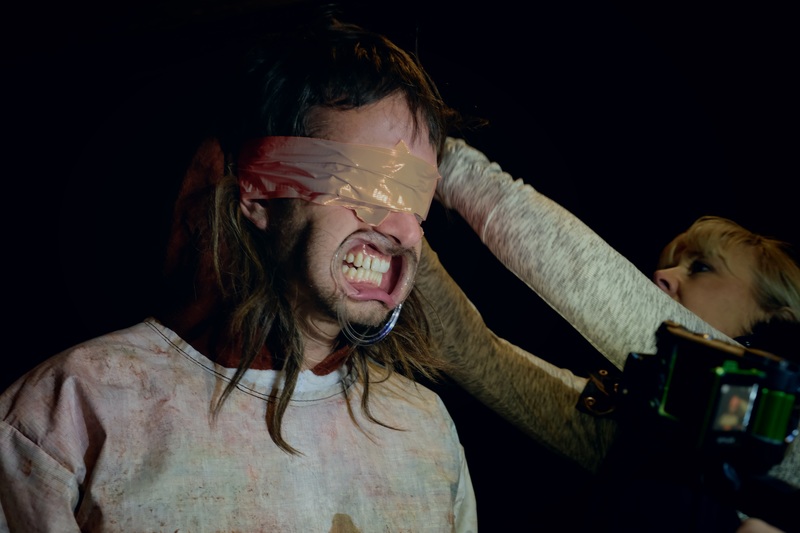 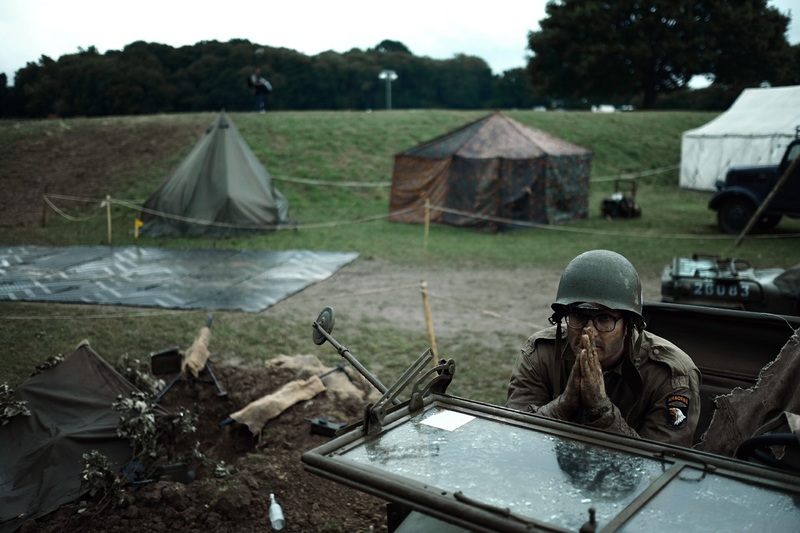 David Farrier after a war reenactment festival in England

Books: Stephen King, The Dark Tower and The Stand

“I got stuck into Stephen King when I was probably 15, 16 … I grew up in a conservative Christian home and it’s not like we had Stephen King floating around.

“I kind of grew up with the series [The Dark Tower] reading them, and the books were still coming out while I was still a huge fan.

“He’s notorious for messing up his endings, but when he gets it right - something like The Stand, or It, or I believe, the Dark Tower - how that wrapped, I was just so on board."

“It started as an investigation into a guy who is a clown … but then it got super dark really quickly.

“This family who filmed everything, this jewish family and they’re really likeable and then suddenly the father is accused of abusing children in his computer club in the basement, and you just watch this family break down.

“Like any good documentary ... you don’t really know who’s telling the truth … it goes so so dark and so so bleak."

“This was around before The Jinx and before Making a Murderer, and it’s the best of the lot because they were able to embed with both sides legally and were with those teams as things unfolded.

“I just think she put out the best New Zealand album that I’ve heard in a really really long time.

“She just writes amazing dreamy pop songs, and I’m a guy who generally likes a lot of metal and industrial I’m just a bogan, I guess.

"And it’s all her, so the whole album Morningside is just her writing and recording everything."

Kim Hill talks to the producer of the feature film Hunt for the Wilderpeople, and new documentary, Tickled. Audio