Neil Finn: Out of Silence

Neil Finn has been busy lately. He’s just come off a tour with his ‘family band’ playing small town venues throughout the country and will perform his Out of Silence album live with the Auckland Philharmonia Orchestra this weekend as part of the Auckland Arts Festival.

He joined Jesse Mulligan to play some songs and chat about the joys of small venues, the mysterious art of song writing and keeping it in the family. 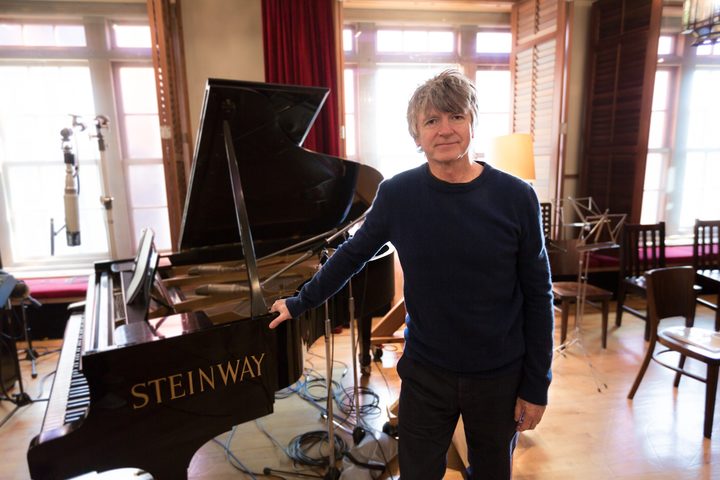 Finn had been pondering a small town tour for some time, he told Jesse Mulligan.

“We played community halls dotted all around the country.

"There’s a beautiful atmosphere in these places, but you drive past them on your way to bigger cities and go ‘what an interesting fantastic little hall that is’.

“I’ve said this over the years and we’ve finally got it together to get amongst it and hit the back roads.”

And it was very much a family affair.

“My wife Sharon was playing bass and doing some singing, Elroy - our youngest son  - was playing drums. We had E J Barnes, who is [son] Liam’s long-time collaborator, and Jimmy Metherell, who is Elroy’s best friend, and Connan Mockasin.

“It was an eight piece, the biggest line up I’ve ever had, on some of the smallest stages I’ve ever done.”

Some of the gigs coincided with the January heatwave.

“We did Himatangi by the beach down there on a punishingly hot night. Everybody except me took off their shirts - all the males I hasten to add.”

His album Out of Silence was released last year.

“I wanted to do something that, in a sense, was old fashioned. Learn how to play the songs and then record them. A lot of people do the opposite now, technology allows you to have a scrap of an idea and turn it into a song through production.”

The playing and vocals were live.

“I can hear the performance level as live - there’s something about a live vocal that draws you in.”

Finn’s songs keep coming, but their origin remains a mystery, he says.

“It’s like drifting around and trying to get into a dreamy state and recognising when something tweaks a little nerve or it makes you feel something.

"It’s akin to playing with blocks as a child. You’re just kind of dreaming away and putting things on top of each other, and the difference being with your adult mind and the voice of experience you can edit well.”

Crowded House have periodically reformed since disbanding in 1996 with a triumphant farewell gig at the Sydney Opera House.

“Crowded House is like a nice old car, it’s up on blocks at the moment and could be taken out at any point. Split Enz has got very complex mechanical problems!” 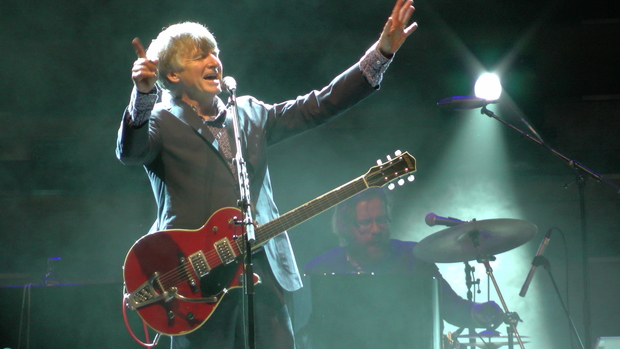 Chameleon Days (Out Of Silence)

Don't Dream it's Over (Auckland Town Hall with live orchestra)

Meet Me In The Air (Where's My Room 7”vinyl) 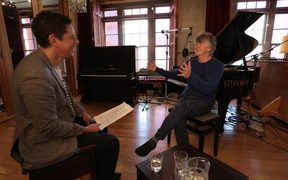 Homegrown hero Neil Finn is still ahead of the musical game, recording his new album Out of Silence in front of a live internet audience. He talks to Wallace Chapman about his love of live-streaming… Video, Audio

Out Of Silence by Neil Finn 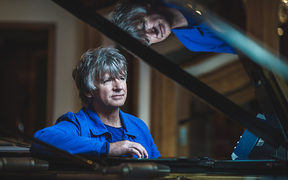 Neil Finn assembled a small village of musicians and fans to participate in the making of his new album. Nick Bollinger assesses the results. Audio

Listen duration 10′ :51″
Add to playlistPlaylist
Download
Out Of Silence by Neil Finn 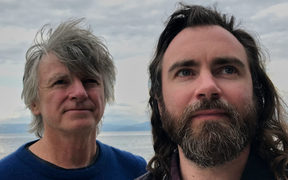 RNZ's been bombarded by suggestions for the father-son duo's new band... and they're all terrible.