A second winter storm in a matter of two weeks has hit throughout the country. The combination of heavy rain and strong winds is expected to cause widespread disruption to transport, localised flooding and slips, MetService says.

Canterbury Civil Defence says Kaikoura has been cutoff, with both SH1 south and the Inland Route from Waiau closed. A slip at Ngauranga Gorge covered all three southbound lanes on the stretch of SH1 north of Wellington last week. And that kept traffic at a crawl for nearly five hours.

Sam Dean is the chief scientist for Climate Atmosphere and Hazards at NIWA. He's here to talk through the extreme weather, why we're experiencing slips and what the climate change implications are. 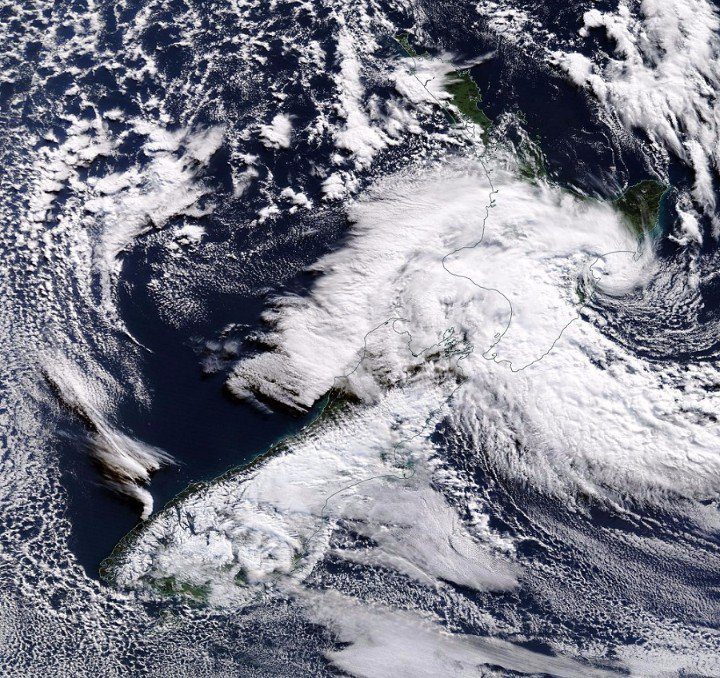