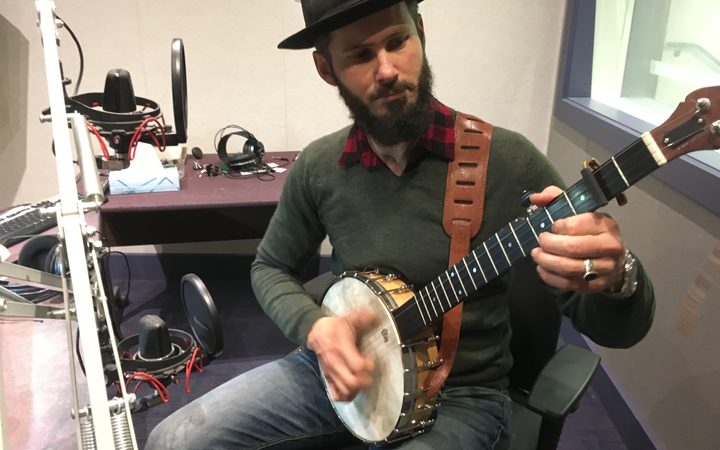 He's been in New Zealand since last week touring from Auckland down through to Dunedin at 12 different venues.

You can check out his tour dates here.

Currently Nigel is in Wellington having completed his north island leg of the tour, and has made his way into our studio there. 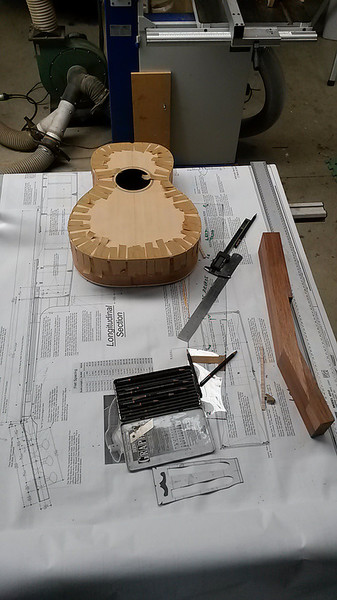 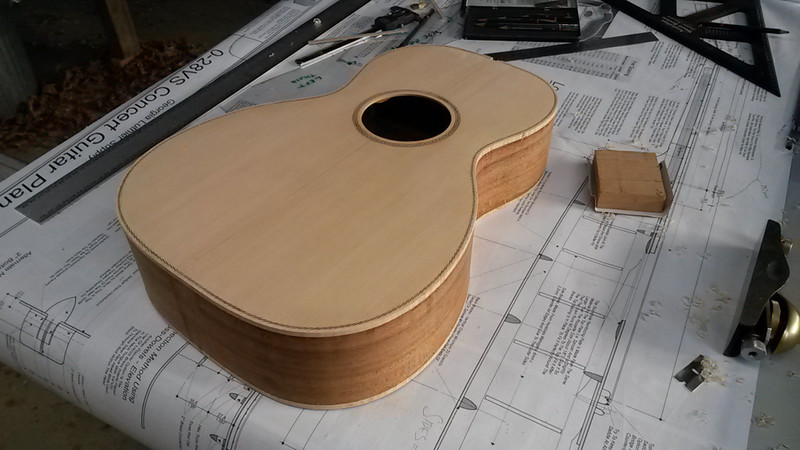 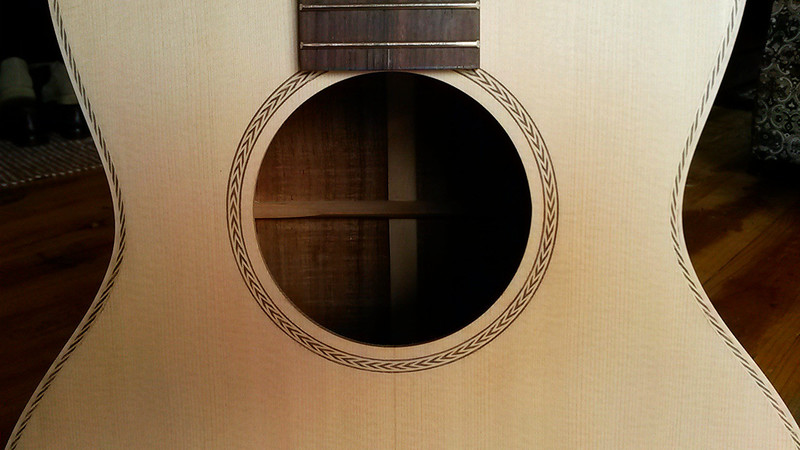 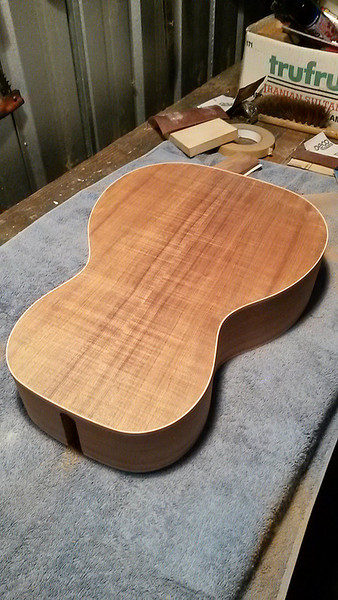 Figured Otway Blackwood back and sides 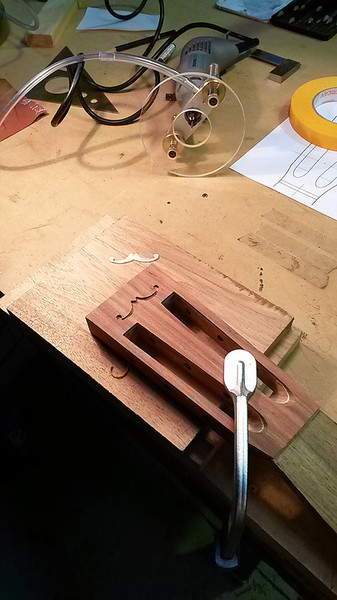 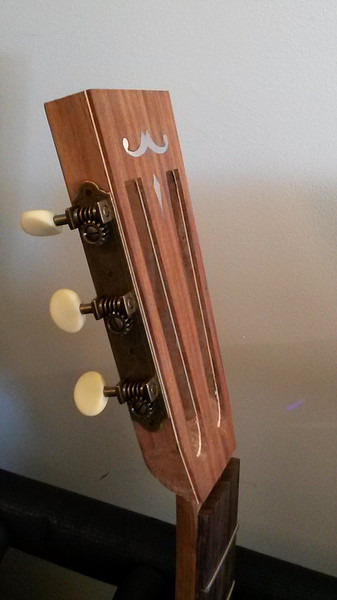 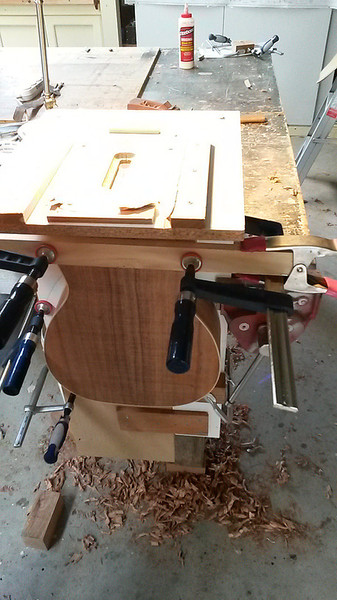 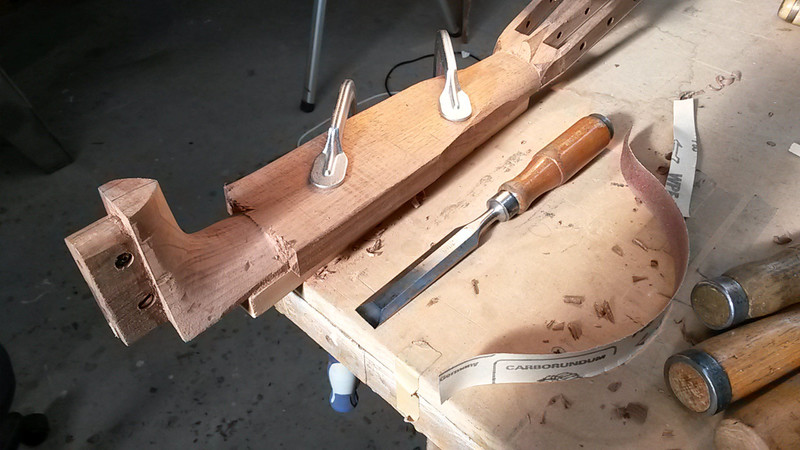 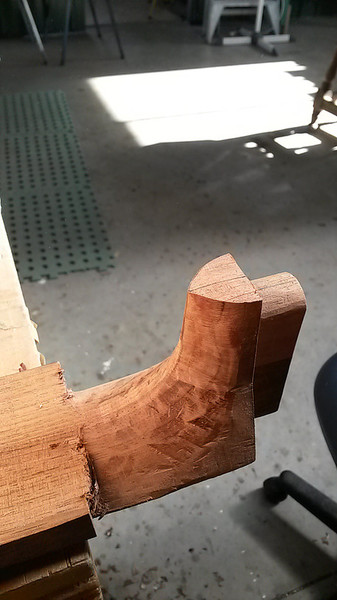 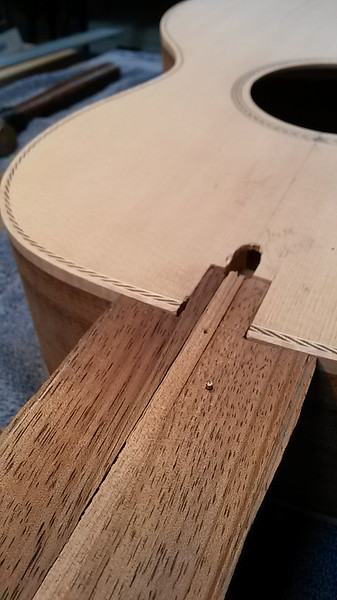 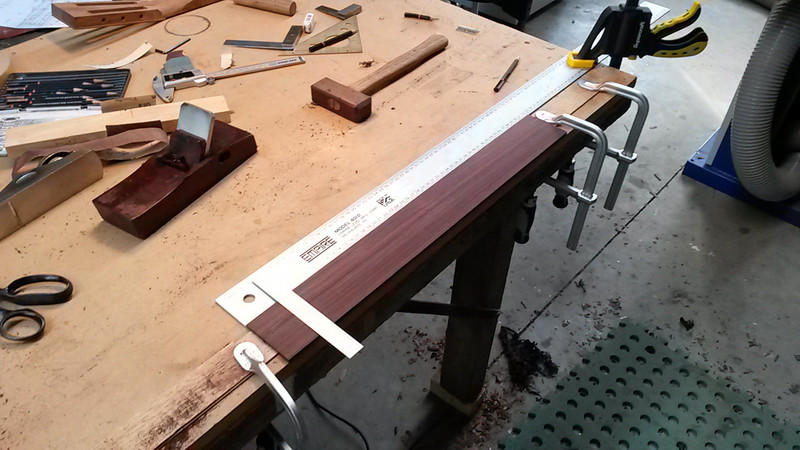 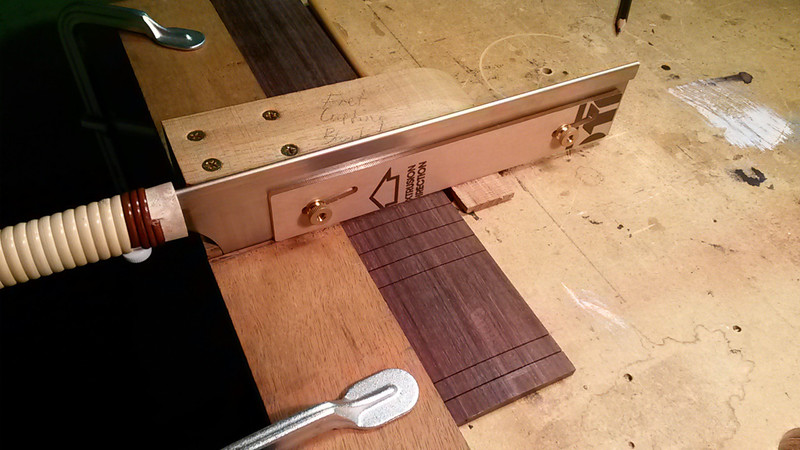 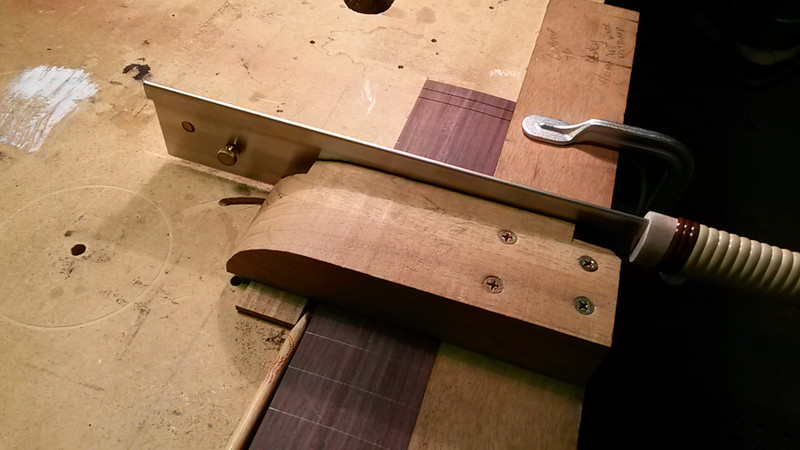 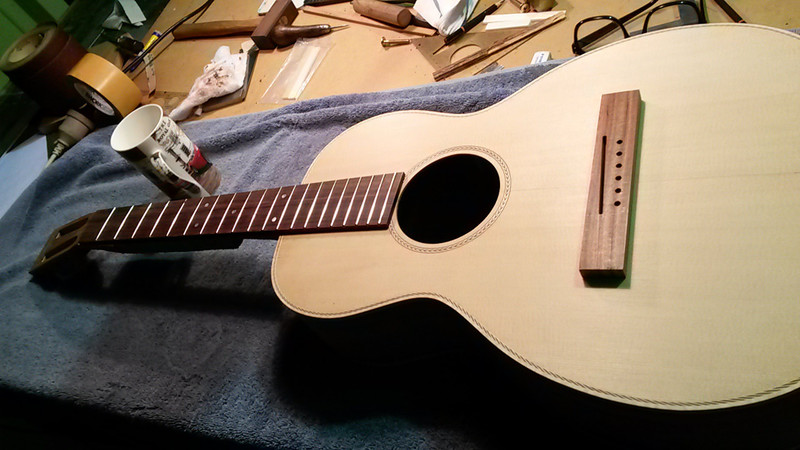 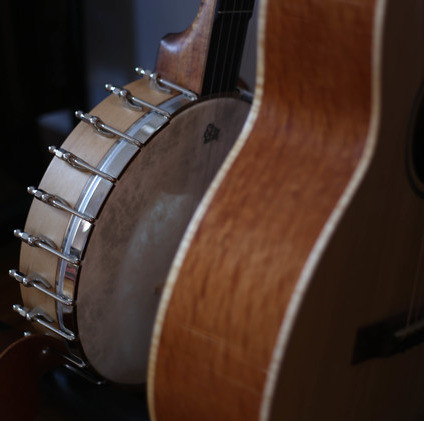 Two of Nigel's instruments in the Wearne Stable

1:17 "The biggest problem is science is PR Hype"

The science fraternity is struggling to make sure the research and advances they are making gets noticed to the point of over-hyping their work.

The New Zealand Science media centre director Peter Griffin has highlighted the issue in an article he wrote about a recent media release in Australia claiming it had made one of the greatest discoveries in pregnancy research.

In fact the release went as far as to say a vitamin could cure birth defects and miscarriages when in fact there was no research on humans, just mice.

Peter Griffin talks to Jesse about getting research noticed. 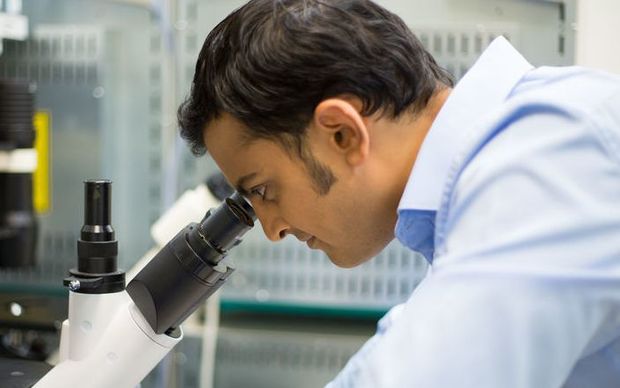 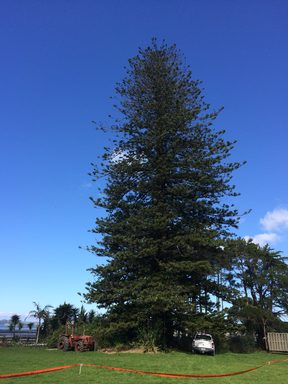 A stoush has erupted over a 25-metre Norfolk pine at Snells Beach north of Auckland.

A developer has consent to chop the tree down to build 33 new homes at the northern end of the beach - but it's un-notified consent, and locals are furious.

The tree is over 150 years old, and is believed to have been gifted to the area by Governor George Grey, and was planted by early settle James Snell, after whom the beach is named.

Michele MacKenzie‎ lives near the tree and has begun a campaign to protect it.

In the kitchens of mid-1960s New Zealand, broccoli was an unknown and cooking oil was a dirty word.

The former food editor of the New Zealand Women’s Weekly, the late Tui Flower, passed away last week, and in today’s visit to the Sound Archives we hear about how the country’s eating habits changed over the course of her long career.

1:40 Great album: The Cranberries, No Need to Argue

No Need to Argue is the second studio album by the Irish rock band The Cranberries. It was released on 3 October 1994 and is their best selling, with 17 million copies sold worldwide. It also contains their biggest selling single, Zombie. 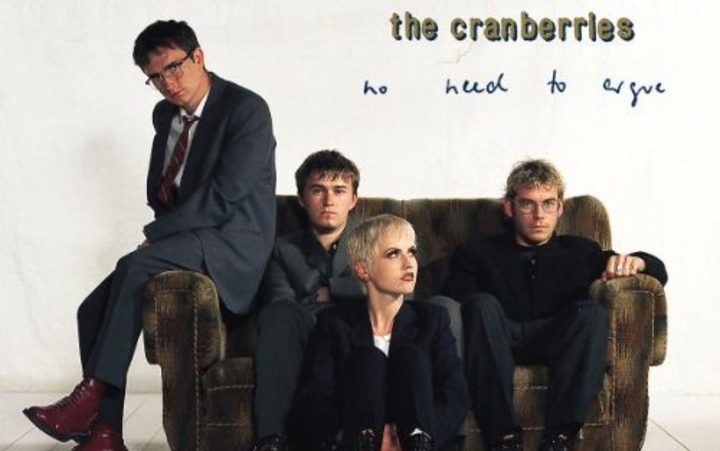 The United Future leader, Peter Dunne, this week announced he is not contesting the Ohariu electorate, ending his long parliamentary career.

We talk to him about the books, music, movies and art that has influenced and inspired him, and look back on his long career in politics.

He is a big fan of Monty Python, Fawlty Towers, historical biographies and classical music. He is also a keen RNZ National and RNZ Concert listener. 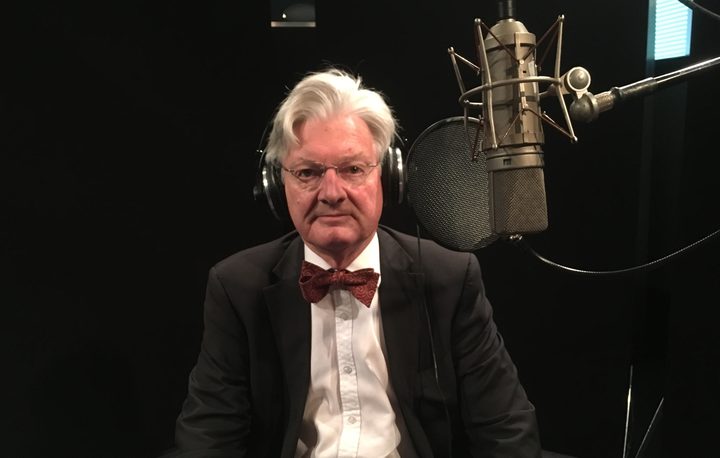 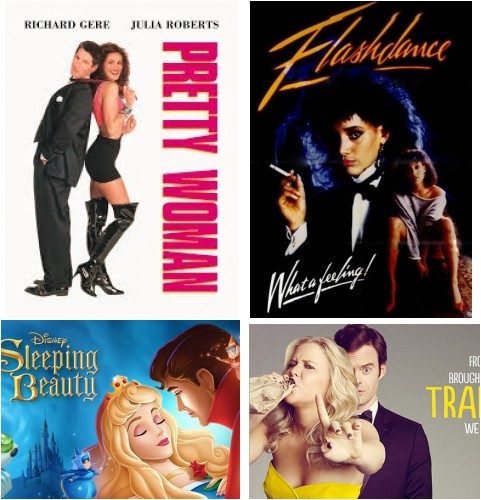 In many of the most popular movies of the last 50 years, women are often portrayed  as sidekicks or the good girl encouraging the male hero to do the right thing.  Think every single  woman in a James Bond film  or Julia Roberts in Pretty Women.

Former LA times film critic Carina Chocano was often disturbed by how pop culture treats women and girls. It became even more disturbing when her young daughter started associating being pretty with being worthy.

She explores how pop culture treats women and girls - and the effect that has in a collection of essays called You Play the Girl: On Playboy Bunnies, Stepford Wives, Train Wrecks and Other Mixed Messages. 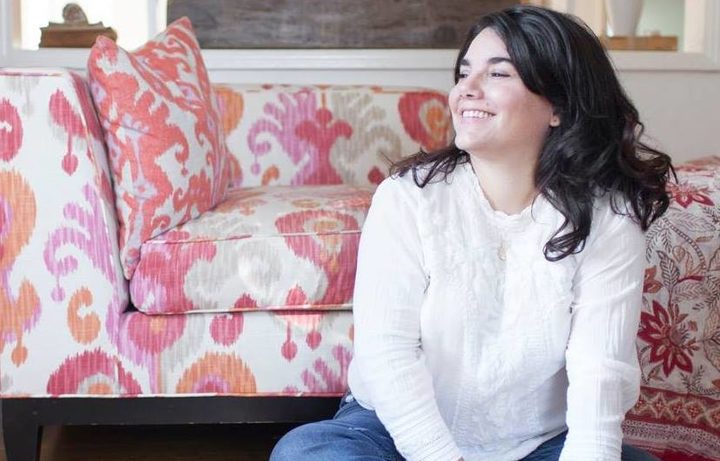 4:05 The Panel with Brodie Kane and Neil Miller