The finalists for the 2017 Pacific Music Awards were announced last night. One of the groups vying for a win is R&B/Gospel trio Revere, who perform our first song live today.

Another video showing people in a stupor, after reporteding taking synthietic cannabis, has gone viral. It shows two young men sitting on a bench in an Auckland park, near a playground, with a third lying on the ground nearby, foaming at the mouth. It's been viewed more than 200,000 times on Facebook, in the past couple of days. And comes after a video of a woman in a 'zombie' like state made headlines recently.

Ross Bell, the director of the New Zealand Drug Foundation says people are better off smoking real weed instead of playing Russian roulette with synthetic cannabis 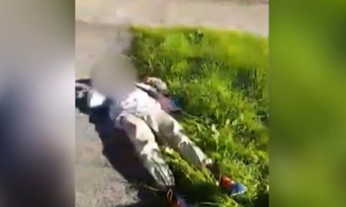 Drugged out person in West Auckland Park Photo: You Tube

1:35 Gaylene Preston: My Year With Helen 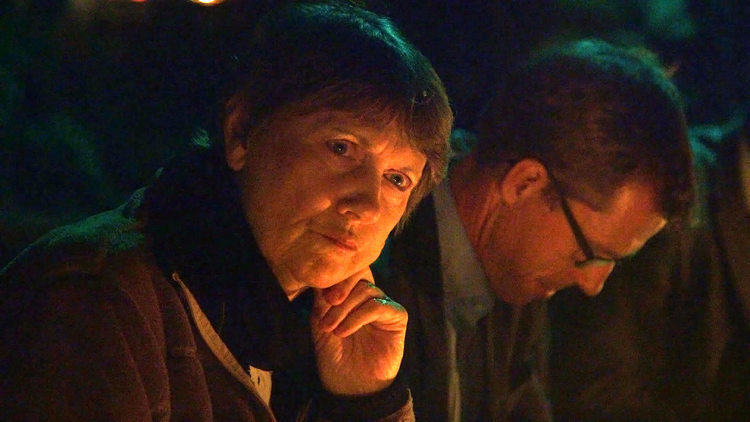 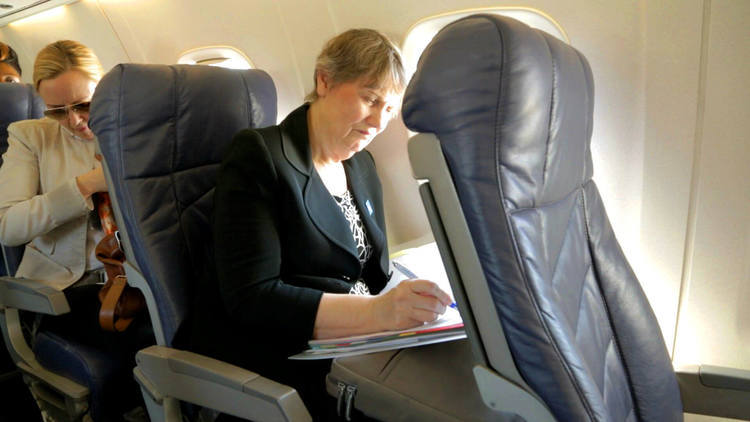 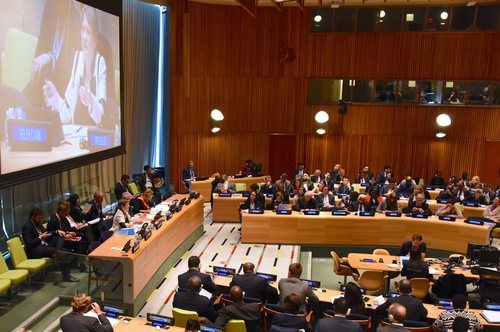 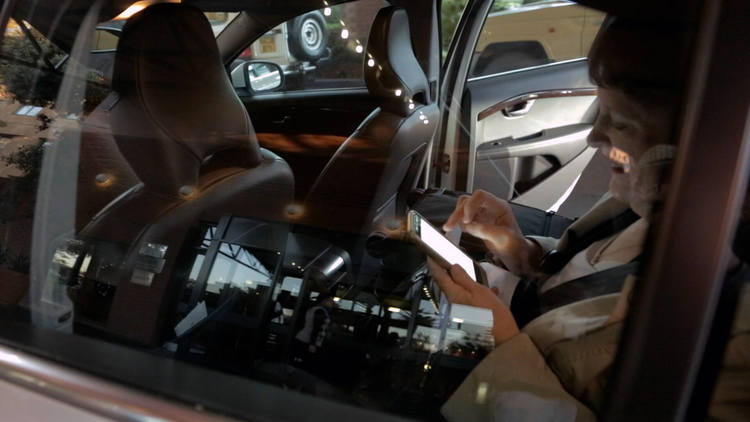 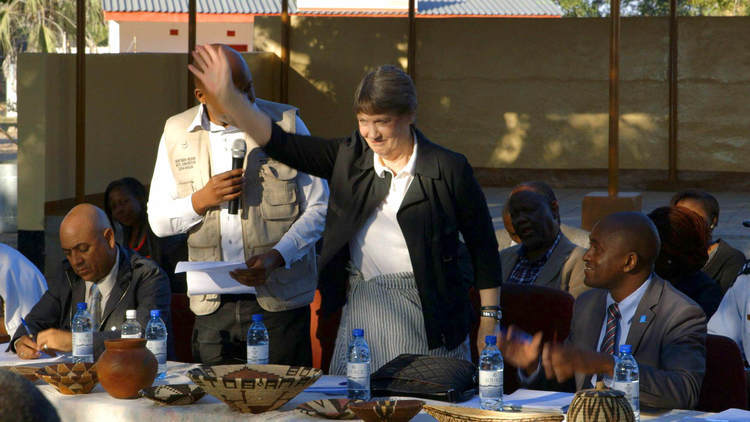 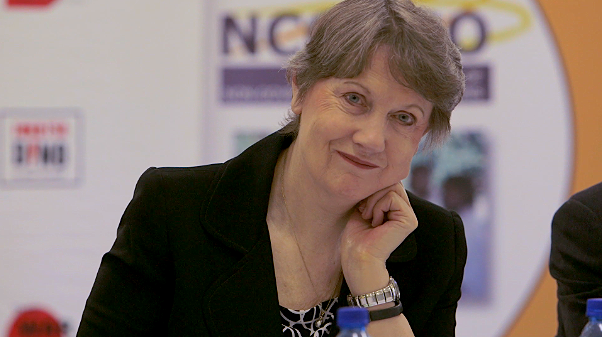 After eight years, our former Prime Minister Helen Clark is leaving the United Nations Development Programme. We speak to filmmaker Gaylene Preston who has spent a year with Helen Clark filming her as she did her job, for the film My Year with Helen.

Today's Great Album is, according to some sources, the biggest selling jazz record of all time. And although there is some dispute over exact figures, most critics agree that it is jazz's greatest record.
Kind of Blue was recorded in 1959 by the legendary Miles Davis and, in 2003, was ranked number 12 on Rolling Stone magazine's list of the 500 greatest albums of all time.
To help us delve more deeply into this masterpiece is Jazz aficionado and the Publisher at Victoria University Press, Fergus Barrowman. 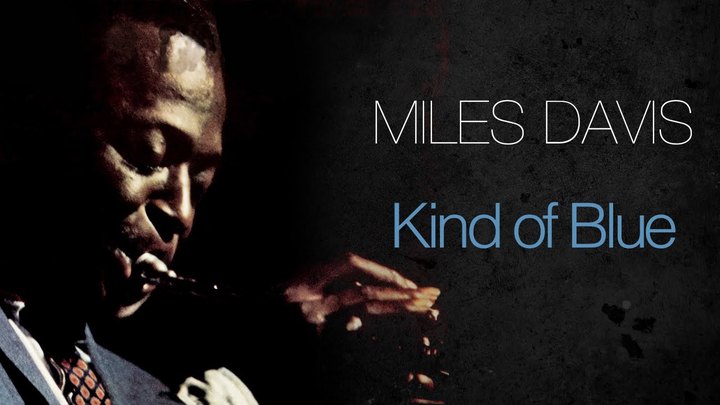 Nik Smythe reviews Olive Copperbottom featuring the multi-personalities of Penny Ashton.  The show is on, as part of the New Zealand International Comedy Festival, at Auckland's Basement Theatre Studio, and plays at Circa Two in Wellington from May 10th

The many faces of Penny Ashton as Olive Copperbottom Photo: Basement Theatre

Dr Jess Berentson-Shaw is a science researcher and communicator working for the Morgan Foundation, where she focusses on applying science and evidence to public policy. She also writes for the Spinoff parents about science and parenting.

Today she talks about alternative and complementary medicine and how to protect people from potential danger. 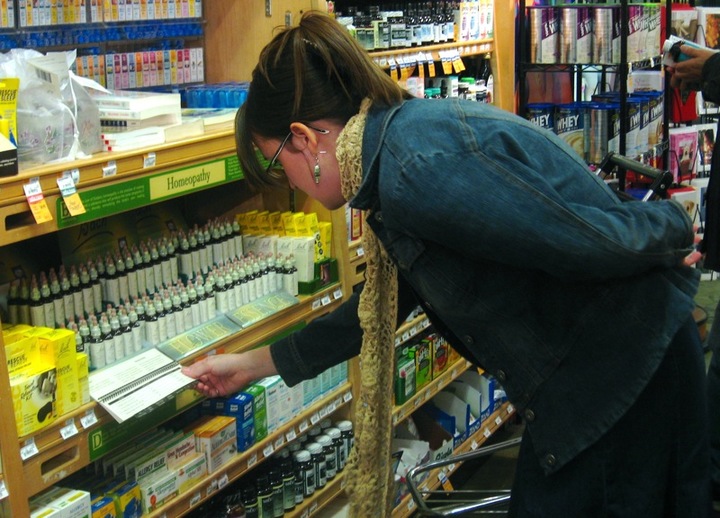 Parts of NZ have just experienced serious flooding.  This is nothing new.  NZ’s history is permeated by flooding events, some of which have caused loss of life.  We often hear the term ‘flood-ravaged’ used in relation to some areas.

Grant Morris, our regular historian, from Victoria University asks what it means to be part of NZ that has been historically ‘flood-ravaged’. 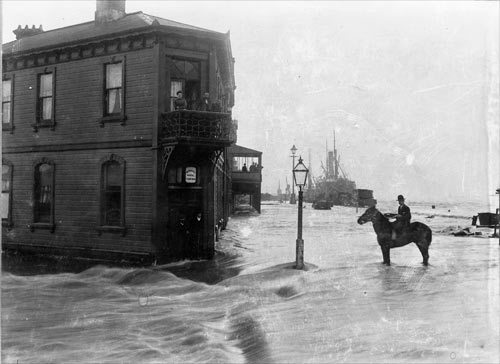 1906, Greymouth. The Imperial Hotel; in the distance ships are tied up at the wharf, on the lower reaches of the Grey River. Photo: Te Ara / Public Domain

Email us your thoughts on this story, jesse@radionz.co.nz

And next week's story is Consent by Tracey Slaughter. We will be discussing this on the show next Thursday the 27th of April at 3.10pm

3:25 The Expats: A Kiwi in the Cairngorms

Kirsten Gilmour is originally from rural Southland, and now runs The Mountain Cafe in a remote part of Scotland. 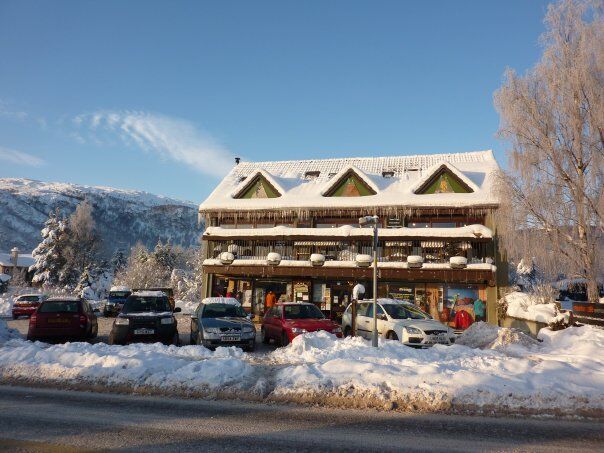 The Mountain Cafe in winter 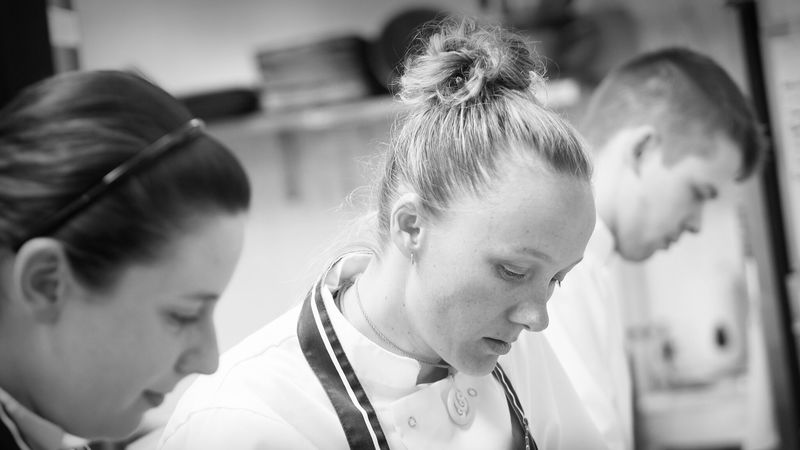 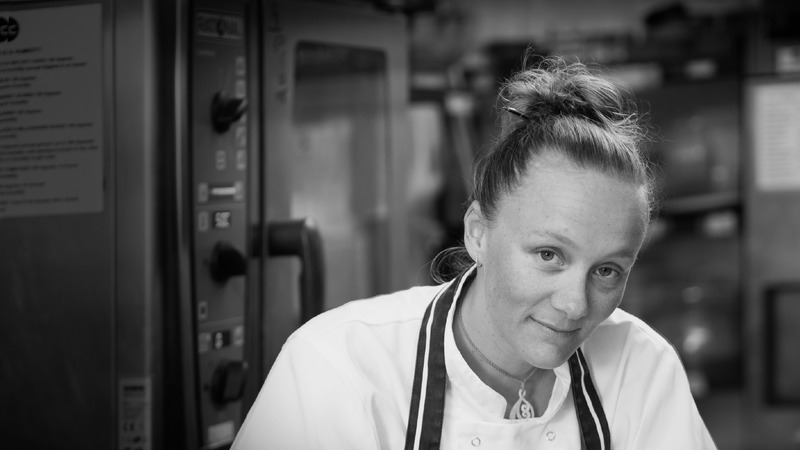 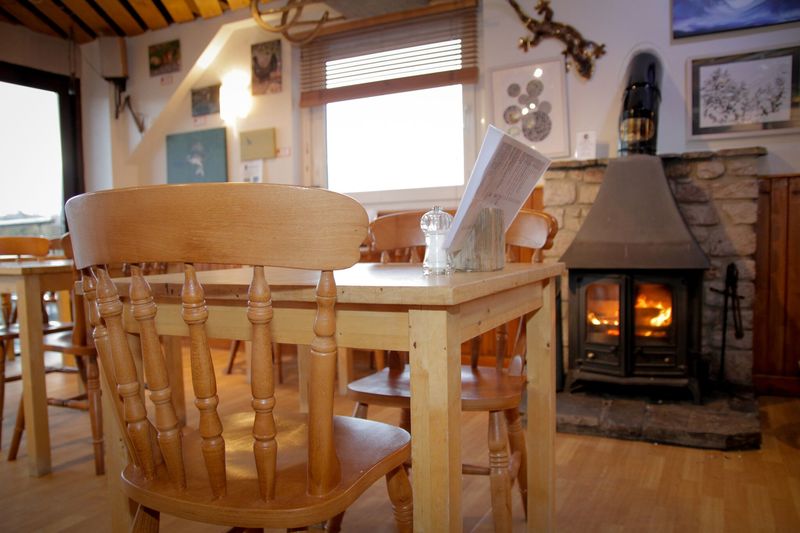 Inside The Mountain Cafe 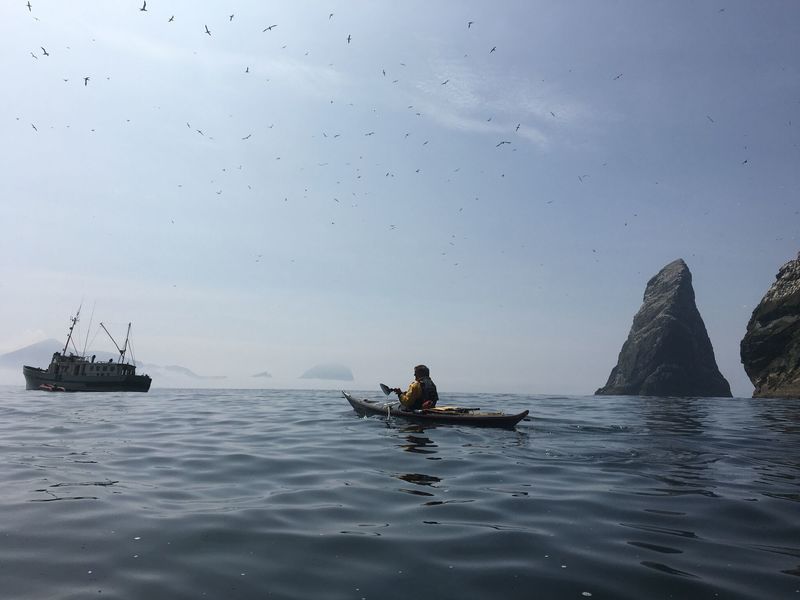 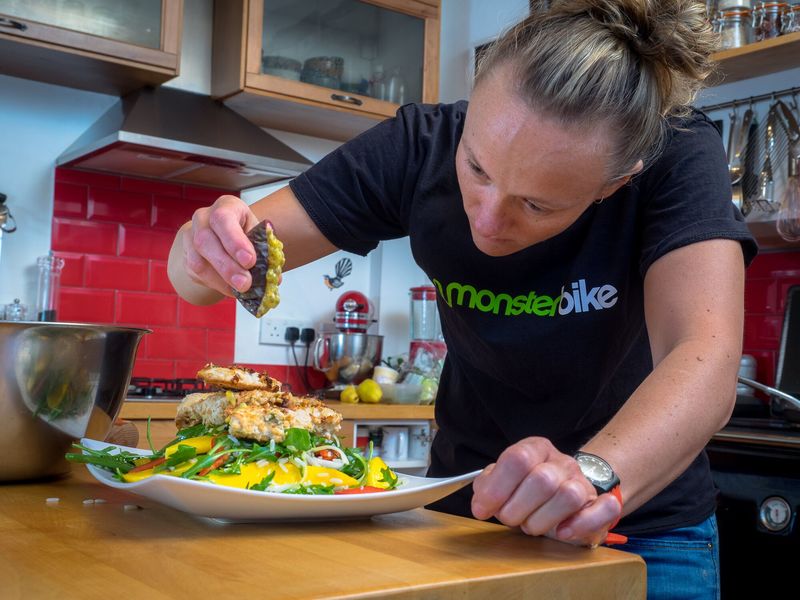 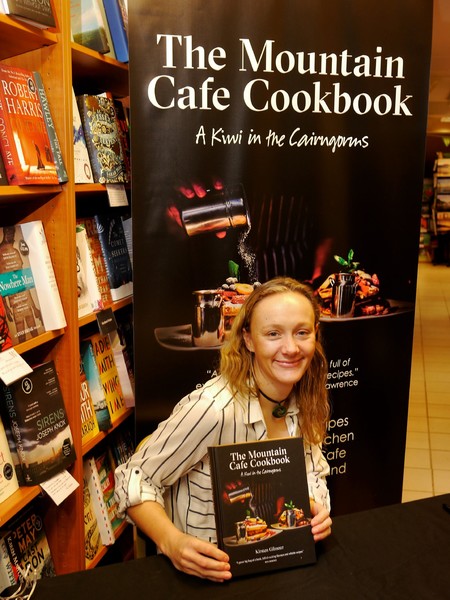 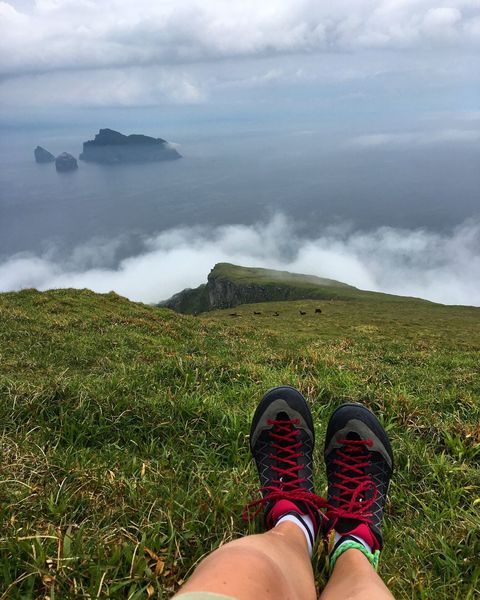 More than 300 million people around the world speak Arabic, but it's a badly under-represented language online and that's posing problems for people studying and teaching in many parts of the world.

Now a local tech project is aiming to position New Zealand as a 'digital Switzerland', and make Arabic academic materials easier to find, to access, and to share.

This Way Up's Simon Morton met Rochelle Stewart-Allen and the team from ADRI. 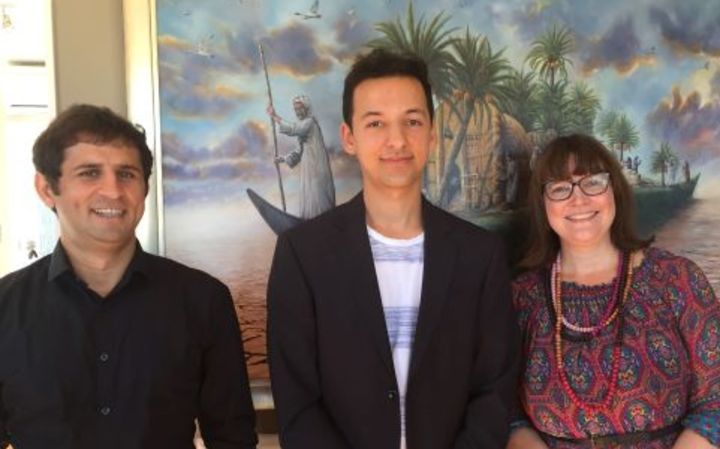 4:05 The Panel with Andrew Clay and Leonie Freeman