One of the world's greatest dinosaur puppeteers coming to Auckland. Scott Wright is the co-founder of Erth Visual and Physical Inc and has been the artistic director for the last 26 years. He started by making life-like dinosaur puppets for museums throughout the world and from there, the show Dinosaur Zoo, was born. He talks about how to drive a dinosaur.

1:25 The Light And Shade Of Workplace Humour - Dr Barbara Plester

Humour in the workplace can create harmony, pleasure and happiness but it also has the potential to incite outrage, dissension and chaos. That's according to our next guest. Dr Barbara Plester, is a senior lecturer at Auckland University's Business School, and she's spent twelve years researching how we use humour at work. Her new book is called The Complexity of Workplace Humour: Laughter, Jokers, and the Dark Side of Humour.

Ben Hurley returns to the Comedy Festival with his first solo show in two years. This time Ben is taking on not just a topic, but a challenge, as he looks at every country in the world to find the funny.

Mary Holm is a prolific author and columnist and eduator in the field of personal finance.  This week: Good borrowing: How gearing boosts returns - and losses.

Part 14 of our radio series adapted from the book 'Burnt Barley', written and read by Peta Mathias. 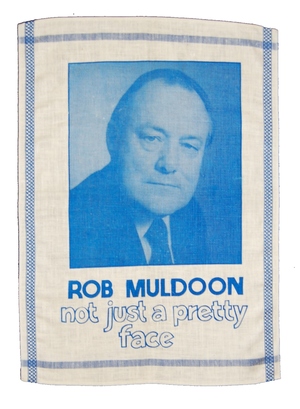 Chef Richard Till is an avid collector of tea towels and he tells about his favourites on Masterpieces today.

Freshwater scientists at the University of Otago have turned cattle troughs into experimental pools, that have become home to native fish called common bullies. Travis Ingram takes Alison Ballance to meet the fish, which have been having their personality type tested and their food preferences measured.