I'd Really Love To See You Tonight - England Dan and John Ford Coley.

Australian scientists are hoping to supercharge the growth of crops like wheat and rice by harnessing the power of a special kind of photosynthesis.Professor Robert Furbank is the director of the ARC Centre of Excellence for Translational Photosynthesis

Enjoying a long and happy marriage? Well you can thank sexually transmitted infections for that. A new study out of Canada suggests monogamous societies may have evolved to combat the spread of STIs. One of the study's lead authors is Chris Bauch - a professor of applied mathematics at Waterloo University. 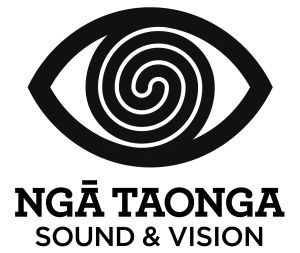 1:35 Sound Archive - Sounds of the Titanic

It’s undoubtedly the most famous shipping disaster of them all, and inspired one of the biggest movies of all time. 104 years ago this Friday, the White Star liner ‘Titanic' sank on her maiden voyage from England to New York in April 1912. Sarah Johnston from the sound archives of Ngā Taonga Sound & Vision plays us some excerpts from a sound recording James Cameron's researchers undoubtedly used while making his blockbuster film about the disaster.

On Bookmarks today, the newly appointed Chairman of "Regenerate Christchurch", the agency set up by central and local government co-ordinate the city's post-quake recovery.  Andre Lovatt has a background in leading large scale engineering projects and returned to the city of his birth from Singapore because he wanted to be part of the rebuild.

Economist Geoff Simmons addresses the question of who owns our water.

The Wireless reporter Rebecca Kamm has been writing about the entrepreneur teaching Auckland guys how to be men.

Grant Morris discusses the history of influenza in New Zealand.

In an effort to lessen damage to aging knees and stave off the need for a joint replacement, bioengineer Thor Besier and PhD student Daniel Chen at the University of Auckland are developing a haptic or touch-sensitive device that will help people improve their walking style.  Alison Ballance joins them to hear about the evolution of the device, which now uses the kind of vibration motors used in mobile phones to produce a stroking sensation on the skin.

What the world is talking about with Paul Brennan, Jim Mora and Zara Potts.