1:15   Sir George Martin, Beatles producer, dies aged 90 - Simon Morris
Musicians old and young have been paying tribute to music producing legend George Martin. He died aged 90 in his London home yesterday.  Often referred to as the fifth Beatle, he's recognised as being the man moulded them into the phenomenal success story they became. He's being remembered as one of the most influential producers in popular music history. Standing Room Only and At the Movies producer and presenter, Simon Morris, talks baout his achievements. 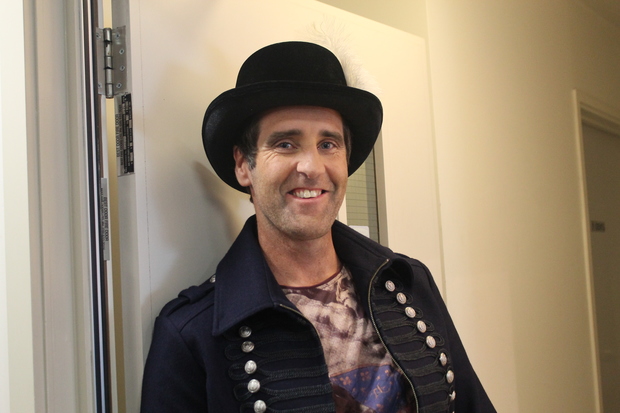 Author of the new book Much Ado About Shakespeare Photo: RNZ National

2:10 Money - Mary Holm
Mary Holm is a columnist and author who has written several books on personal finance matters.

2:30 Reading - Burnt Barley
Part 10 of a 15 part series adapted from Peta Mathias' book, 'Burnt Barley' or 'How to Eat, Dance and Sing your way around Ireland'. Still at Ballymaloe Peta samples lunch before setting off along the coast.

2:40 The Grove - Michael Dearth
Michael Dearth is owner of The Grove, one of Auckland's most awarded restaurants, and Baduzzi, a sister restaurant doing a flash version of a meatball menu on the city waterfront. He has plenty of strong views about service in the restaurant industry.

3.25 The Expats - Adam Jenkins
It seems a lot of New Zealanders have returned home for the summer. Our guest is Adam Jenkins who has been residing in New York. But he's holidaying at home at the moment.

3.35 New Zealand's First 'Smart Motorway' - Alison Ballance
New Zealand's first 'smart motorway' is on track to be completed in Wellington by the middle of this year, and Alison Ballance talks with New Zealand Transport Agency Highway Manager Neil Gilbert and project manager Glen Prince about how it will work. Anonymous bluetooth signals from mobile phones and other devices in passing cars, and new technology combined with the Wellington traffic model are all used to calculate driving times and set optimum driving speeds.

3:45  Panel Pre-Show
What the world is talking about with Jesse Mulligan and Zara Potts.