A new wharf at Napier Port will be the port's biggest single investment since it was established. The CEO of the Port of Napier is Garth Cowie. The big question is what it is going to cost?

It's day three of the 2016 Auckland Arts Festival. Justin Gregory has been out and about to see some of the shows on offer.

Nicola Toki, DOC's threatened species ambassador, finds a new species each week for us to discover. This week it's the Foveaux shag.

Former Wall Street Journal reporter G. Bruce Knecht has written a new book, claiming to have uncovered evidence that Oracle Team USA broke the rules. The book is called The Comeback, and Bruce speaks with us from the States.

A new Auckland theatre show gets you out of the black box and into the back seat of a car.

3:10 Food, Wine, Movies and Music for the Weekend 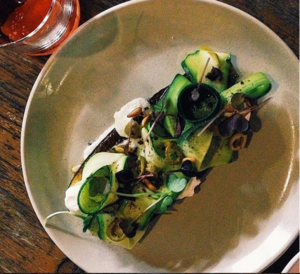 Tom Hishon from Orphans Kitchen talks about his root-to-leaf initiative and shares his recipe for Farro and Courgette Cannelloni.

Dr Richard Swainson has been to see Dad's Army and Mahana.