New Zealand will commit up to $200 million to support international climate change efforts and $20 million toward ground-breaking research to slash agricultural greenhouse gases. 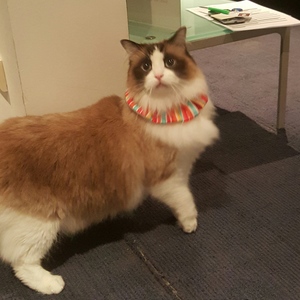 Victoria University and Wellington City Council are working together on a new study into high visibility cat collars.

Just because you're really good at science doesn't mean that you're good at talking to people about science. In fact, it's arguable that if you're really good at science you're probably less likely to be good at talking to people about it. There are exceptions of course and more importantly things are changing. The Science Communicators Association of New Zealand is holding a conference in Wellington.

This week's Great New Zealand concert is Queen's only visit to our shores in April 1985.

Curiosity. Courage and luck play a much bigger role in scientific breakthroughs than sheer brain power according to some of the world's best known scientists. Science Journalist Stefan Klein sits down for conversations with 19 scientists, including three Nobel Laureates, to find out what motivates them, what inspires them and what mysteries that still allude them.   Readers eavesdrop on the discussions in Klein's new book called We Are All Stardust:: Scientists Who Shaped Our World Talk about Their Work, Their Lives, and What They Still Want to Know.  We'll talk to Stefan Klein, considered Europe's most influential science writers.

Leafroller virus is bad news for wine lovers as it affects the growth and quality of grapevines. Diagnosing it has been a tricky affair, but Alison Ballance discovers from Karmun Chooi that new techniques developed at Plant and Food Research should make it easier for grape growers to detect the disease and ensure a healthy crop of grapes.

What the world is talking about with Jesse Mulligan, Jim Mora and Zoe George.