A global campaign with the aim of ending inequality between men and women by 2030 is being launched in New Zealand today. The "He-for-She" campaign takes a difference stance from the traditional feminist movement, in that it encourages men to take action and stand up for women. Jesse spoke to Sue Kedgley ahead of today's launch in Wellington.

Forget Driving Miss Daisy - a new phenomenom coming to New Zealand could see people cycling Miss Daisy instead. Dorthe Pedersen set up the "cycling without age" programme in Denmark three years ago - the concept has proven so popular it's now spread to 26 countries. 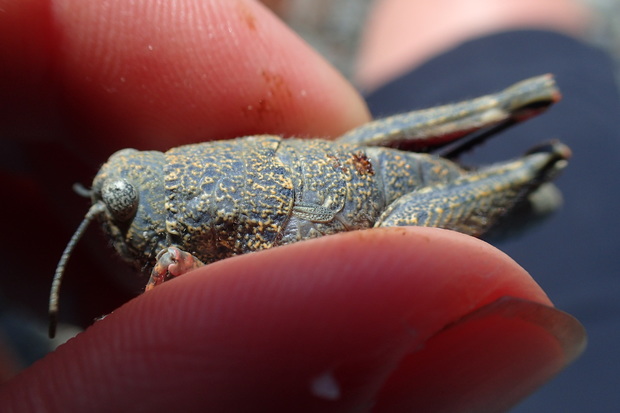 Nicola Toki from DoC joins us to discuss this week's insect-in-need. Today it's the robust grasshopper.

The drop in migratory birds numbers in New Zealand may well be given some relief by an increasing interest in conservation among the burgeoning middle class in China. The Bar Tailed Godwit which has just been voted New Zealand Bird of the Year is facing a two percent drop in population each year. David Steemson finds out more.

Wellington based seven piece group Tunes of I brings us an interesting mix of music. Their sound is unique and interesting. It's hard to pin down as the group draws inspiration from dub, soul, funk, jazz, bug band and even a bit of metal. They've just released their first album Restless.

ARTIST: Love
TITLE: Maybe the People Would Be the Times or Between Clark and Hilldale
COMP: Lee
ALBUM: Forever Changes
LABEL: Elektra