“It could be one of the big nightmares (for  migratory birds)  if the two Koreas ever get back together” Keith Woodley ; conservationist. 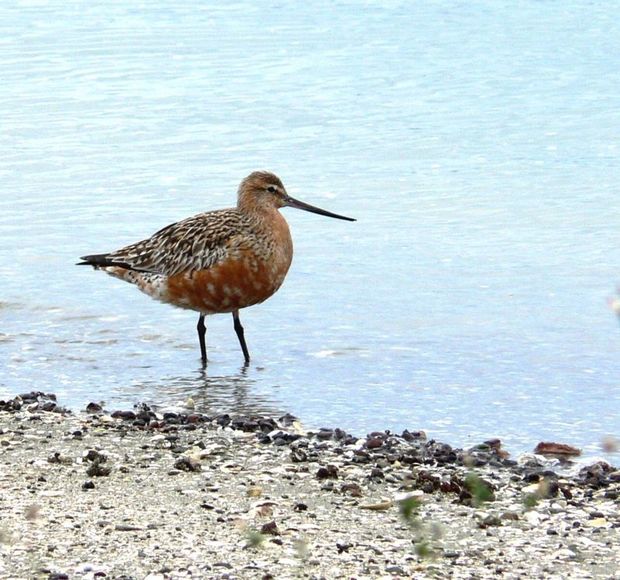 The drop in migratory bird numbers in New Zealand may well be given some relief by an increasing interest in conservation among the burgeoning middle class in China. The Bar Tailed Godwit which has just been voted New Zealand Bird of the year is facing a two percent drop in population each year.

At the end of every New Zealand summer thousands of sea birds, fly from New Zealand to the other side of the world, where they stay for the northern summer to breed. Come winter in the north they come south again, and many of them turn up at Miranda’s shell banks and mudflats  in the Firth of Thames. 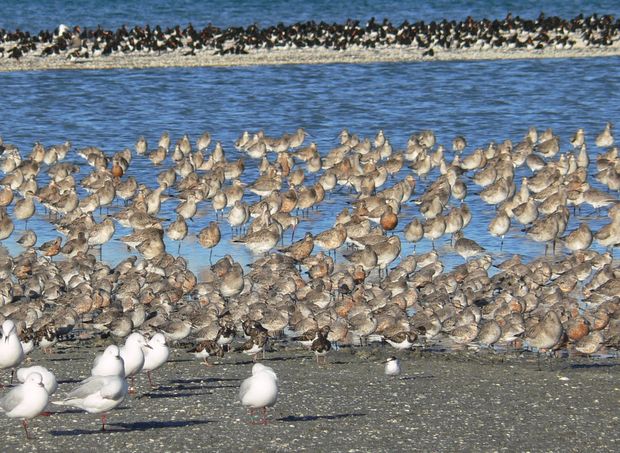 That’s a nonstop journey of at least 11-thousand kilometres. In New Zealand they fatten up ready to go north again in March... repeating the cycle.

Notable numbers of bar tailed godwits and red knots are amongst those migratory birds… they fly in an arc northwest to the Yellow Sea landing in the delicious food stocks along the tidal coasts of China, North and South Korea. It takes them seven days to get there, and in that time, the godwit, for instance, loses half its body weight.

After six weeks or so of fattening up there, the birds continue on, ready to breed in Alaska or Siberia. Trouble is that there has been so much development along the coastlines of south Korea and China,  that  a lot of their feeding grounds have disappeared. 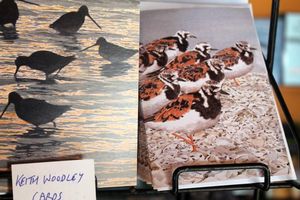 Keith Woodley has for years managed the Pukorokoro Miranda Shore Bird centre about an hour’s drive south of Auckland.

He says one major development in South Korea, reclaimed 41 thousand hectares of intertidal flats   which he says supported a huge number of Great Knots. He says conservationists now have categorical evidence that as a direct result of that reclamation, at least 22-percent of the Great Knot population in the  world  has disappeared.

At Miranda Keith takes me to the bird centre’s hide close to where thousands of godwits live and feed. They’ve arrived exhausted after their impressive non-stop journey from Alaska. That includes many juvenile birds, who’ve never  flown  this way before and just seem to know where to go. 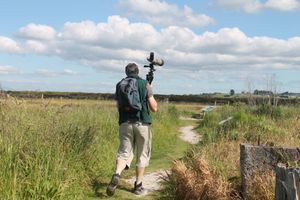 Keith Woodley off to the hide on the Miranda foreshore Photo: RNZ David Steemson

The day I visit well over four thousand godwits have turned up. They spend their days eating, followed  by a good preen and then sleep, standing up.

Keith says the Chinese government is now putting out many new draft environmental  controls and policies. He has a hunch that the Chinese leadership is changing direction because it realises that otherwise large areas of China will be unliveable.

He thinks there’s also an increasing interest in conservation issues amongst the growing middle class in China. Every time he visits, more and more people turn up with huge cameras to take pictures of the birds along the coastlines.

New Zealand is now working government to government to try to halt or slow down further development, or make it more sustainable for the birds.

Keith Woodley says conservationists are keen to find out more about the coastline of North Korea. They were allowed to visit there for the first time earlier this year and surveyed part of the coast. He hopes the North Koreans may eventually declare parts of its coastline protected from development.

Otherwise he says it could be “one of the big nightmares” for conservationists and the birds if the two Koreas ever reunite. 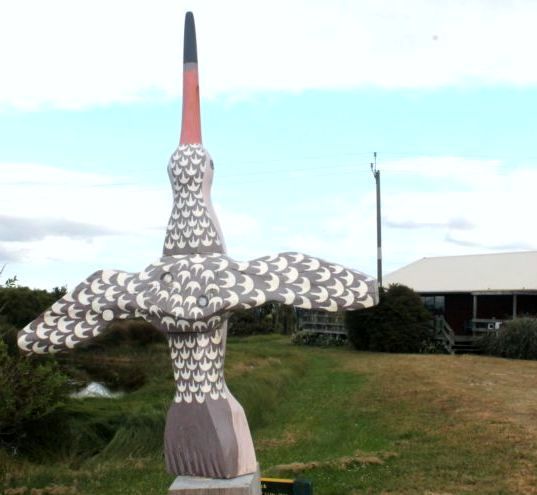