A large scale military exercise is about to get underway at the top of the South Island. Thousands of army, navy and air force personnel as well as civilian volunteers from New Zealand and overseas are simulating what would happen, and what would need to be done, in a humanitarian emergency.

Penny Zino has been gardening her seven acre property in North Canterbury for 50-years. She's expecting more than two-thousand people to come through this weekend for the annual Art in a Garden event. 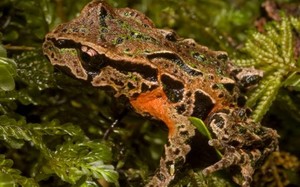 Nicola Toki from DoC joins us to discuss this week's critter - Archey's Frog.

They're sizzling up a storm in Auckland's Sandringham Road shopping centre now known as Little India. Many of the restaurants there are engaged in a battle for the "Best Biryani", one of Southern Asia's celebrated signature dishes.

Today's New Zealand Live comes in the form of duo Nick Atkinson and Tim Stewart. Together they're Hopetoun Brown. They have been collaborating for more than 30 years on a number of projects including being the brass section for Supergroove and according to Tim, their first project was building a paper rocket together in school at age eight.

Dariush will explain his recipe for chargrilled venison with heritage tomatoes, herb pesto and freekeh.

Cameron will provide a wine match for the venison and recommend some wine for this weekend's consumption.

Richard has been to see 99 Homes and The Dressmaker.

Zac will preview what's coming up on Music 101 this weekend and play us a song.

What the world is talking about with Jesse Mulligan and Julie Moffett.