“When we opened our first restaurant, we tell people we have Sri Lankan food, they run away!" –  Ramani Alwis. 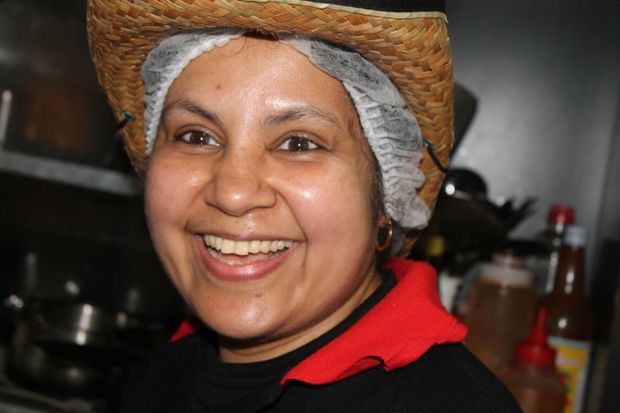 They’re sizzling up a storm in Auckland’s Sandringham Road shopping centre, now known as Little India. Many of the restaurants there are engaged in a battle for the 'best biryani' – one of Southern Asia’s celebrated signature dishes.

Biryani is a mixed dish with spices, vegetables, meat or fish, and rice. There seems to be as many variations to it as there are states and countries that cook it.

The 'Sandringham's Best Biryani' competition is the brainchild of Lisa Loveday who’s been running spice tours through Sandringham for the last three years. She says biryani is a dish for a celebration and it’s always served with the best rice that the cook can afford.

Lisa and I first visit Sandringham’s Taste of Sri Lanka restaurant, where Ramani Alwis is in charge. She shows me how she cooks biryani her way… complete with the best basmati rice, of course. 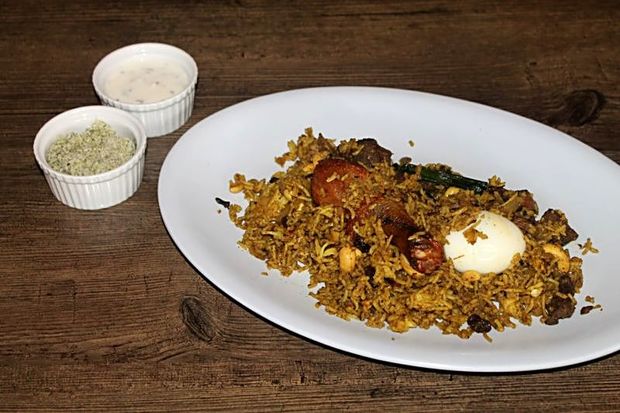 Ramani takes marinated meat and mixes it in a wok with ginger-infused garlic .Then she adds fresh cardamon, cloves, cinnamon stick and pandan leaves that look like big fat blades of grass. There’s curry powder, too, made by Ramani from her own fresh ingredients. The marinated meat Ramani calls mutton, but it is in fact goat meat. In Ramini’s finished biryani there’s also a chicken leg and one hard-boiled egg. 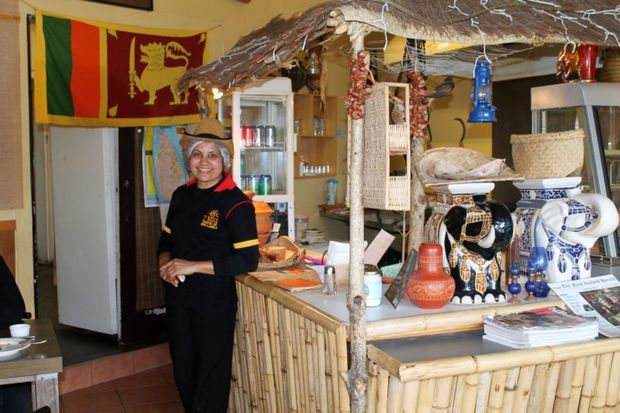 Ramani and her teacher husband Nandasiri came to New Zealand 15 years ago. Nandasiri couldn’t find work here in his profession so eventually the couple opened a takeaway place in Mangere. Nandasiri knew little about cooking and their prospective customers even less about Sri Lankan food.

“We tell people we have Sri Lankan food, they run away!“ laughs Ramani.

So the couple cooked fish and chips to make ends meet, but they also produced Sri Lankan finger food which they sold at market days around Auckland. 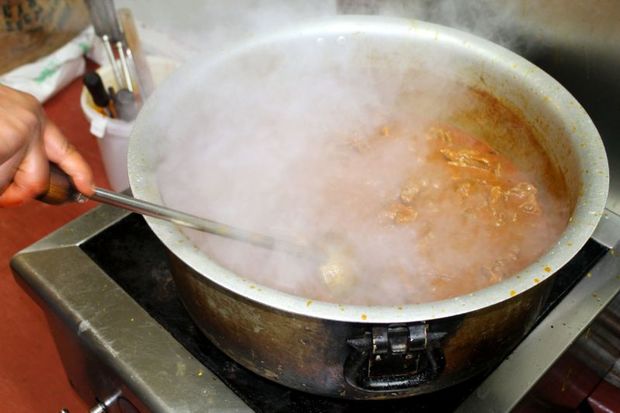 Just up Sandringham Road from Ramani’s place is the Top in Town takeaways, where owner Rajesh Kumar tells me about the Hyderabad-style biryani he makes. His is 'dum' biryani, slow-cooked in a pot traditionally sealed with bread dough. He cooks in big batches which he says will serve about 30 people and can be sold out in a few minutes to locals keen on takeaways with a difference.

The word biryani comes from the Persian language. It’s derived either from the noun for rice or the verb 'to fry'. It is thought the Mughals bought the dish to South Asia in the 1500s.