Trade Ministers in Atlanta were supposed to hold a press conference this morning, to announce details of the Trans Pacific Partnership deal. This has been delayed again, as negotiators continued to wrestle with issues like drug patents and dairy access. Radio New Zealand's economics correspondent, Patrick O'Meara has more detail.

A Tourism New Zealand-commissioned video, showing a campervan driving on the wrong side of the road, has been viewed online more than 300,000 times. The video is dubbed New Zealand - The Ultimate Road Trip.  Tourism New Zealand says the footage is 'an unfortunate mistake', but the video is still available to view online. Mike Noon is spokesman for the Automobile Association.

Christchurch author, Paul Cleave, was named the winner of the 2015 Ngaio Marsh Award last night, making him the first author to win the award twice. He received the award for Best Crime Novel at the WORD Christchurch event at the Court Theatre, for his book Five Minutes Alone.

Ever thought about sending your two-year-old out to run errands on their own? It's probably not something that most New Zealand parents would consider doing, but in Japan, it's a common sight. So too is children as young as six, catching trains and commuting alone. Parents in Japan regularly send their kids out into the world at a very young age. And Dr Dwayne Dixon, a cultural anthropologist from Duke University, has been studying the cultural phenomenon.

Civil liberties will decline, technology will tell if politicians are lying and thoughts will be read simply through brain waves according to contributors to a new book about the future called The Fabulous Future? America and the World in 2040. 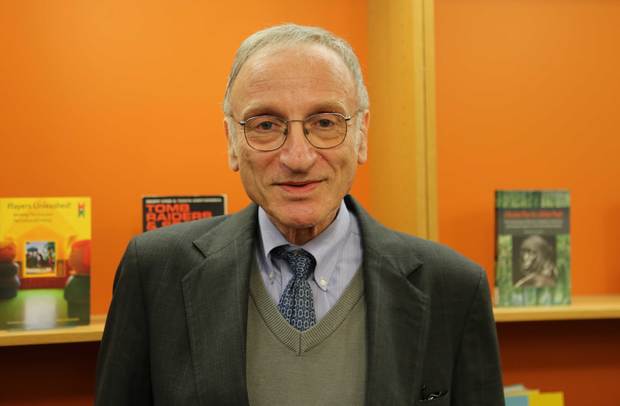 While the book repeats an exercise in prediction undertaken by Fortune Magazine in 1955, one of the book’s editors, Professor Gary Saul Morson from Northwestern University, says the 2015 edition is different. “They had the smartest people around talk about whatever they wanted to. We asked people to stick to their specialty. No matter what you’re an expert in, you think you are an expert in everything."

Morson says both books are a reflection of their time. In 1955 experts predicted that nuclear energy would change everything. “Energy will be too cheap to meter. It will be free like the air and there will be no need to burn fossil fuels”. “They thought mail would be delivered by intercontinental missile. That shows you what they didn’t think of, the information revolution."

There is no mention of civil rights, women’s rights or birth control by the contributors in 1955. “Both the social and the technological changes in family life and the status of women were simply not visible” Morson says. “How could they not have seen that? And it makes me wonder what social changes are we now about to undergo.”

Former US negotiator with North Korea, Robert L. Gallucci, raises the possibility of  'Black Swans' in the book.   “These are events that are unlikely to happen, so unlikely you can’t foresee them, but when they seem inevitable” explains Morson.  "[Gallucci] came up with possibility that  terrorist would set off nuclear bombs simultaneously in four American cities  as a way to  really the way to demoralize the population."

Concerns about eroding civil liberties are raised in the book along with the ability to read thoughts through brain waves. “What is left of what it is to be human at all if you are not private in your own head?” Morson wonders. “Even if they are well intentioned to start with somebody is going to misuse it sooner or later”.

Right or wrong, Morson believes looking at the future tells us something about our world today.

For babies born into the Islamic faith, azaan is the prayer whispered into babies ears by the father just after birth. Lynda Chanwai-Earle is in Hawkes Bay following Rizwanna Latiff on the job, a midwife from South Africa with a unique insight into cultural differences around childbirth.

What the world is talking about, with Jesse Mulligan, Jim Mora and Julie Moffett.