Projecting the Red Peak Flag debate away from Facebook and into the open air.

How the up-coming 'These Lands Are Ours' concert by the Dunedin Youth Orchestra and Dunedin City Choir is based around themes of national identity.  Conductor and musical director David Burchell on how the choice of music for this concert was inspired by the current debate about the New Zealand flag.

Why people around the country, and some from overseas, are splashing out on postage to send rocks to the Coromandel. Kit Wilson on building a lasting memorial in Waihi to honour the First World War Arras tunnellers.

Ella Fitzgerald's 'These Are The Blues' as chosen by Jan Morrison

E.T Mensah took Africa by storm in the 1950s with a new style of dance band: Highlife music. For many, it was the soundtrack to a new, independent Africa.

Elton John first came to New Zealand in October 1971 at Western  Springs. His second visit was February 1974 - then of course numerous times after that. He's played in Taranaki, Dunedin and Wellington, to name just a few and will be returning in November to perform at the Wellington stadium. 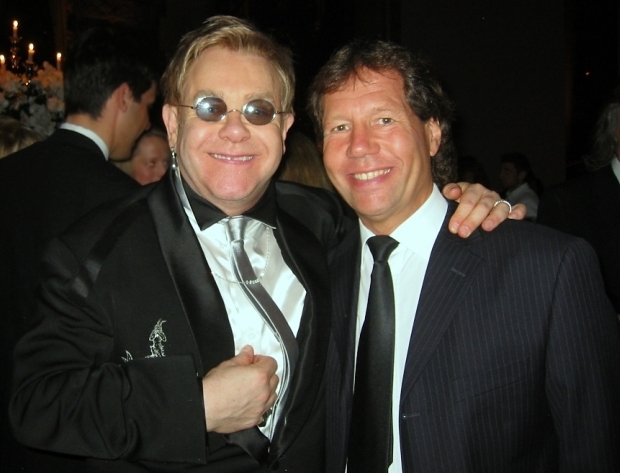 Clive Franks with Elton John at his 60th birthday party in New York in 2007 Photo: Supplied

Ben Schlappig flies around the world for a living - but he's not a pilot. A year ago, he gave up his apartment and spends his time in the first class section of planes and in exclusive airline lounges worldwide. He does it for less than the price of budget travel by maneuvering airline frequent flyer programmes. He runs a blog with tips for maximizing air points.

While bee hive numbers have increased significantly in New Zealand in recent years, there has also been a surge in unexplained colony losses. Landcare Research has launched New Zealand's first national survey of beekeepers to get a better sense of the industry's health.

What the world is talking about.  With Paul Brennan, Jim Mora and Julie Moffett.