Police have announced today that all frontline officers will now carry tasers. We speak to former Green MP Keith Locke who questions the timing of the announcement, and whether it's really safe to roll out taser use so broadly when they can cause serious injury and death.

Brenda Long is part of the world's oldest hip hop dance group - Hip Operation crew.  The Waiheke Island dance troupe has been the subject of a documentary, a condensed version of which will be playing on TV next week on Prime.  Brenda has led a pretty busy life -  she's mother to 7 children, 15 grandchildren and 13 great grandchildren.  Her career has seen her and her husband of 63 years  - J J  Rizzle - run a farm, she's also worked as a model, plays the ukelele and this week at the age of 82 has just scored her first acting gig.

We speak to Parisian soprano, the star of Madame Butterfly, Anne Sophie Duprels who is in Christchurch performing the emotionally taxing lead role of Cio-Cio San.

Auckland Council's Long Term Budget plan projects around 716,000 more Aucklanders using the regions roads within 30 years.  That's the equivalent of the entire populations of Christchurch, Wellington and Dunedin. On top of this, New Zealand's freight traffic is set to also double in the same period, with freight volumes in the Auckland region to increase by nearly 80 percent, with a large majority being transported on the city's roads.  It's therefore likely that heavy vehicle drivers and cyclists will face increasing tension as congestion grows on our roads.  In order to alleviate some of these potential risks, the Cycling Advocates Network is delivering a series of workshops, aimed at educating professional drivers and cyclists about sharing the road.

A raucous mix of garage-rockabilly and blues courtesy of Labretta Suede and the Motel Six, back in New Zealand after several years in New York. 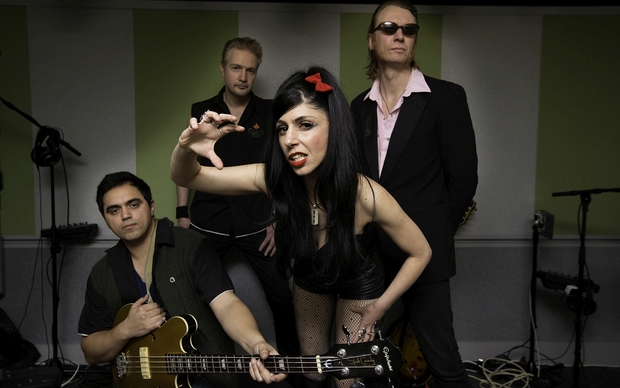 Neil Miller suggests a beer accompaniment for roast duck and gives us his selections for the weekend.

Melody previews Music 101 this weekend and presents a song by an emerging artist.