You may not know that Antarctica has its very own newspaper. It's called The Antarctic Sun. Its editor, Peter Rejcek, is taking a break from telling stories from the world's coldest continent. He's on holiday in New Zealand at the moment after spending four months without seeing a sunset. 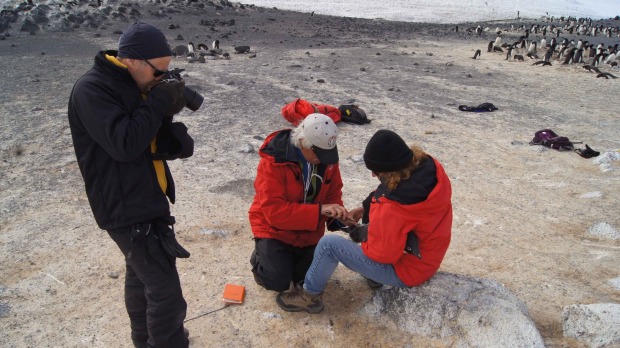 On April 3 1948 US President Truman signed into law a plan to spend millions of dollars on rebuilding post-war Europe. The Marshall Plan was meant to save the continent from collapse and communist takeover

We go back to the mid 1860's to meet Lady Barker and her young husband Frederick, recently arrived in Canterbury

In 1977 Louis Vitton, a French fashion house founded in 1854, only had two stores - in Nice and in Paris. A small group of family owned businesses dominated the luxury fashion industry. Fast forward 40 years  to the 1990's and  conglomerates replaced creativity according to long-time Paris-based journalist Dana Thomas who covers fashion and culture. In her new book, she tells the story of how two working class British designers helped change the face of fashion. John Galliano and Alexander McQueen. Their own rise, and the rise  of globalization in the fashion industry coincided with dramatic falls in their personal lives. McQueen commited suicide in 2010 and Galliano lost his job at Christian Dior after offensive outbursts in 2011. The book is called  Gods and Kings: The Rise and Fall of Alexander McQueen and John Galliano

Karen Walker is the 'bird rescue lady' of Great Barrier Island.  When people find sick, injured or orphaned birds it's Karen who ends up feeding and caring for them until they are healthy enough to release back into the wild.  Alison Ballance meets Karen, and a very friendly banded rail, to find out what it involves and why she does it

What the world is talking about.  With Simon Mercep, Paul Brennan, Sue Wells and Matt Nippert