Bill McCarthy, who hosted the TV coverage of the Christchurch Commonwealth Games

The excitement is building in Hollywood ahead of the 87th Academy Awards. New Zealander Anthony McCarten is nominated for best picture and adapted screenplay of the Stephen Hawking biopic, The Theory of Everything.  And Weta Digital is up for visual effects in Dawn of the Planet of the Apes. Sir Peter Jackson’s final Hobbit movie, The Battle of the Five Armies, has been shut out of the best picture category but is nominated for Best Sound Editing. Wellington-based film reviewer Graeme Tuckett joins us to talk through the nominations

The Hobbit actor, William Kircher, is living it up in Los Angeles. His Wellington-based covers band, California Dreamers, headlined a pre-Oscar party last night. He joins us to tell us what's been happening in the build-up to the 87th Academy Awards. 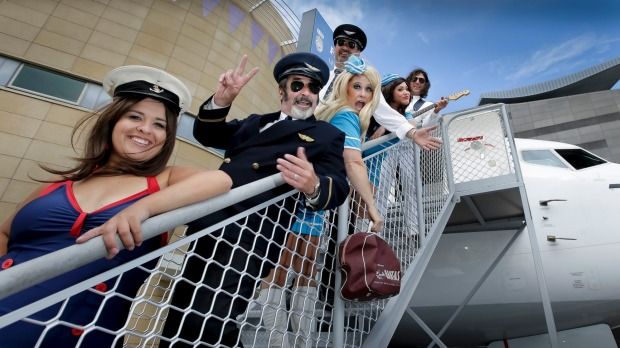 Ches talks with Huey who is in hospital and learns what happened to him as a child. Lawrence decides to appeal

The story of people struggling to lose weight and then achieving that goal, is a well told tale: in books,  on television, online. But it's the next chapter of that story that Andie Mitchell wants to tell you about.  At age 20, Andie weighed 122 kilos, and she knew she had to do something.  She did. She dieted, she lost half her body weight.  But Andie says the part no one ever tells you about - is what happens after you shed the kilos.