1:10 Best song ever written.  All Tomorrow's Parties - Icehouse (from 1995's The Berlin Tapes).  Chosen by Janette Howe of Titirangi.

SECRETS AND LIES, TV ONE, SUNDAY NIGHTS AT 9.30PM

17 writers on the importance of reading 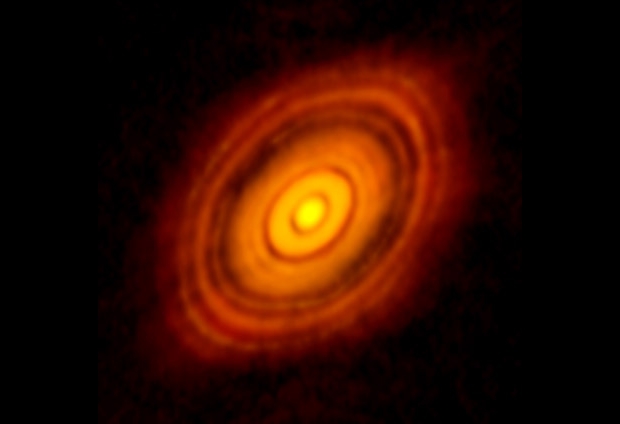 Astronomers have taken the best image yet of the birth of a solar system. Researchers captured the image while testing new high-resolution capabilies on the Atacama Large Millimeter/submillimeter Array in Chile. They pointed the Array, known as ALMA for short, at a star called HL Tau which is 450 light years from Earth and were amazed by what they saw. A glowing disc of dust with dark rings where planets still in the process of formation are sweeping away the dust in their orbit.

2:20  Lake Ferry.  Mary Tipoki from the Lake Ferry Hotel has a vision to re-introduce a ferry service across Lake Onoke in the South Wairarapa.

2:30 NZ Reading.  David McPhail, with episode two of his memoir The Years Before my Death.

3:10 Feature guest.  Professor Sinéad Murphy.  19th century writer Jane Austen's understanding of the human heart is laid bare in classic novels like Pride and Prejudice and Sense and Sensibility.  They may have been written 200 years ago, but Newcastle University professor Sinéad Murphy says there are still lessons to be learned from austen's work about finding love.  We talk to Dr Murphy about her new advice book, called, "The Jane Austen Rules: A Classic Guide to Modern Love,"

3:30 Treating ADHD With Games.  Alison Ballance.  University of Otago psychologist Dione Healey describes ADHD, or Attention Deficit Hyperactivity Disorder, as a disorder of poor self-regulation. She studies 3-4 year olds who exhibit ADHD-like behavior, and is excited about the results from her ENGAGE study, in which kids and their parents are taught a range of simple games that encourage better self -regulation.