A collection of drones: a discussion on drones with technology commentator Hamish McEwan prompted a number of listeners to suggest a word to describe a gathering of drones. Here’s what you came up with.

'Home Again' by Shihad, chosen by Bex Houston from Wellington

Today we go to three islands around New Zealand - the sulphuric and mysterious White Island in the Eastern Bay of  Plenty; Stewart Island in Southland's tumultuous Foveaux Strait; and Wellington's Mana Island.

If you're a fan of Britain's Got Talent then you'll know the name Collabro well. The five-piece musical theatre group wowed the judges and audience right from their first audition. And they've possibly never performed without receiving a standing ovation since. Collabro won the ITV talent quest back in June. They claimed a 250,000 pound cash prize and a much-coveted slot on The Royal Variety Show. They've since landed a record deal with Simon Cowell's label Syco, and the debut album, Stars, has just been released in New Zealand. Two of the band members, Michael Auger and Jamie Lambert talks with Simon about their amazing journey, and about their New Zealand connection. 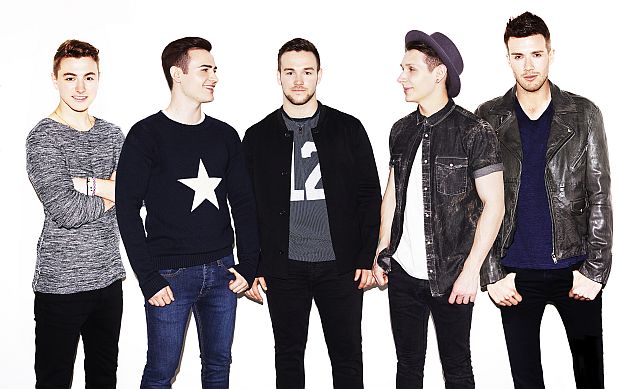 Today we have the penultimate episode  in our ABC production of the  Novel Tuvalu  by Andrew O'Connor. And as Garth Holcombe resumes his reading, Noah is searching for Mami.

If you want to take a hike in this country, you are, of course, spoilt for choice, and you can, mostly, walk tracks and beaches for free. There are private walks though, where you pay. One is on the South Wairarapa coast, north of the Aorangi Forest Park, at a little spot called Tora. The Tora coastal walk trail has been around for 20 years, and it's across private land. But this year, to mark its 20th anniversary, it's being opened up to the public. Around 800 are expected to take part in the Tora Coastal Challenge this Saturday. One of them is Martinborough winemaker Mark Langlands.

Zombie Possums and Stompy the Kiwi star in two games based on real-life possum control research. 'Ora - Save the Forest' is an online game about saving the forest, while the mini game 'Possum Stomp' is a teaser that can be played on mobile phones. To find out more, Alison Ballance joins the games' developers: Pen Holland from Landcare Research and Hazel Bradshaw from the HIT Lab at the University of Canterbury.

The great diets comparison, which one is best? No hoodies on the campus now in Western Sydney. Tantalising news – and encouraging news – for multiple sclerosis sufferers and people with other autoimmune diseases. Pilots and other aircrew at more risk for melanomas, how screen-time for your children – the perennial discussion, how much is too much – makes them less emotionally labile... and the comedies you'd really love to see again if they made some more of them.