The man who took us all on a Dreadlock Holiday back in 1978, 10cc founder Grahame Gouldman is being inducted into the Songwriters Hall of Fame.

Graham Gouldman's success started in his teens as a swinging sixties songwriter .... he came up with "For Your Love" for the Yardbirds, a big song and his first hit, back in 1965.

He wrote for the Hollies - "Look Through Any Window" and "Bus Stop," "No Milk Today" for Herman's Hermits, and "Pamela Pamela" for Wayne Fontana.

And within 10cc his songs shone too and they became one of the biggest bands of the 1970s.

Sonia Yee reads today's short story  "Some Say Love it is a Flower" by Sue Wootton.

Tips for your weekend as usual - a recipe from Jacob Brown, chef at The Larder in Miramar .. Belinda Jackson choosing the wine and telling us about the £3m wine cellar at Downing street. Sarah McMullan's Valentines Day movie special - including the French romantic drama, Blue Is the Warmest Colour.

Are we Officially Dating?  http://youtu.be/UrdI3zAnzno

Grab your mask and your flippers for a series of free guided Community Snorkel Days taking place at marine reserves from Northland to Nelson.

If you head to Kai Iwi Lakes tomorrow or Sunday you can be taken on a fresh water dune lake snorkel, while at Cathedral Cove tomorrow you might spot bright and colourful sea slugs in among the Snapper and Red Moki. Samara Nicholas is the Experiencing Marine Reserves Programme Director, talks with Jim Mora. 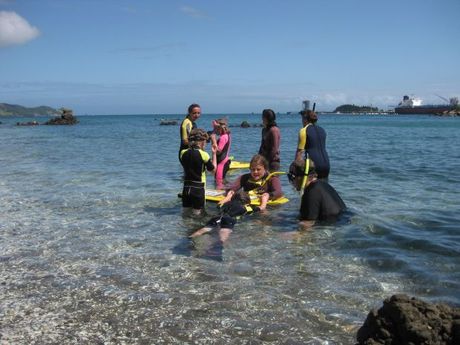 Samara with Samantha, the Seaweek Seahorse-athon winner from last year