2:20 Squabbles - Inventor Julia Banks -  It's one of the most popular board games of all time: Scrabble.
Millions of people play it. But Julia Banks of Cockle Bay in Auckland got bored with the board game, so she created her own. It's called Squabbles: The game of Very Cross words.
Squabble was chosen from hundreds of game ideas submitted to a  New Zealand puzzle and toy company  and is now in shops around the country.

2:30 Reading - Ian Johnstone reads Episode 3 of 'Dance of the Peacocks'  by James McNeish.
The young peacocks left New Zealand for the dreaming spires of Oxford.
Altogether they knew five wars, three revolutions and, in the case of one of their number, the slander of being accused of spying. Politics and personal  morality meet in this compelling account.
- - - - - - - - - - - - - - - - - - -
MUSIC DETAILS
Tk 1. Pick Yourself Up - Lew Stone and his Orchestra.  BBC CD 824:  Pennies From Heaven II.
BBC Enterprises/Polygram 1990.

3:30 Auckland's New Trains - Lisa Thompson - The first of Auckland’s new electric train fleet have arrived from Spain and are now being certified at Wiri Train Depot before being officially  unveiled in September.  Approximately 150 drivers need to be trained up ahead of the new fleet coming into full service by 2015 and two state-of-the-art simulators have been set up at Wiri for this very purpose. 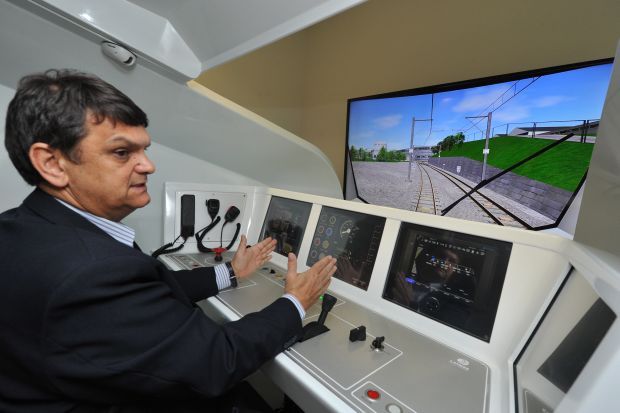 4:06 On The Panel today are Stephen Franks and Raybon Kan. We talk about Syria. Making a citizen's arrest. Miley Cyrus. 100% Pure. Are you a narcissist? Cameras in toilets.