1:10 Best Song Ever Written -  Jonathon Harrison of Kapiti Coast nominated 'Into the Night' by  Benny Mardones. 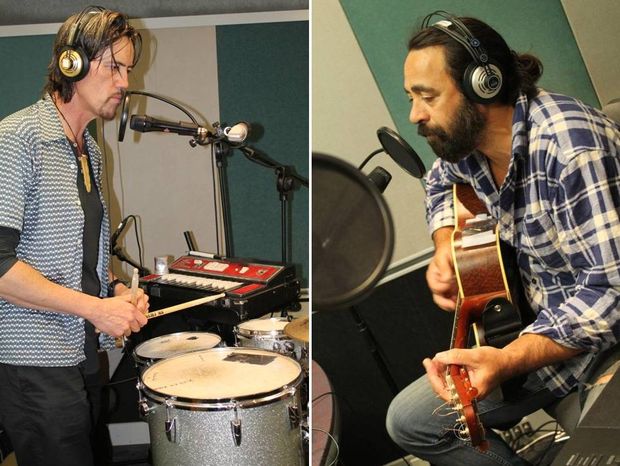 Swamp Thing in the Auckland Studio.

2:10 The Aston Martin Replica - Ivan Sentch - An Auckland computer programmer is such an Aston Martin car fan, that he's decided if he can't buy one, he'll build one instead.  But this is a very different build !!  Ivan Sentch is putting together a 1961 Aston Martin DB4 replica with the help of a desktop 3D printer - using the 3D printed components. With the price of a real restored DB4 starting well over the 400 thousand mark, it's certainly a cheaper way of fulfilling your dream, and building it  with his Solidoodle, 2nd Gen 3D printer is attracting a lot of interest in the technology world.     Ivan's blog

2:20 Buffalo Cheese - Amelia Nurse - While buffalo cheese is common in some parts of the world, NZ only has two milking herds: Clevedon and Whangaripo. Amelia Nurse visits one of Whangaripo's properties run by Phil and Annie Armstrong north of Albany. The link: Whangaripo Buffalo

3:08 One Stop Shop -  Michael Cooper with the wine stories - including the need to be wary of misleading advertising claims about so-called 'normal' wine prices -  our movie reviewer, Sarah McMullan looks at super-hero film, The Wolverine - and with the recipe - Sachie Nomura from Sachie's Kitchen, The Asian Cooking School in Parnell, Auckland.  The recipe link: 'Daigaku' University Sweet Potato

4:06 Brian Edwards and Michelle Boag on the Panel - we look back on an extraordinary week at the Beehive - plus, Edward Snowden's left the building, the transit lounge in a Moscow airport that is. What does Russia's granting of temporary asylum to the world's best known leaker mean for American-Russian relations. Also, earthquake tours in Christchurch, why the Wellington earthquake has driven up the cost of parking, and how much are we spending on kids birthday parties?