Thirty years ago today,  Mark Inglis and Philip Doole checked out of the Middle Peak Hotel on Mount Cook after staying for 13 days, 324 long hours.  Middle Peak Hotel is what they called the crevasse near the summit of  New Zealand's highest mountain where they were trapped. The mountaineers  were trapped there in an atrocious weather for nearly two weeks.  Both men suffered such severe frostbite, their legs were amputated below the knee.

2:20  The Hollies - Tony Hicks
Fifty years ago, a few mates from Manchester got a band together to record and play music and they've been doing it ever since. The Hollies had more hit singles than the Beatles, and have never offically broken up.  Tony Hicks and drummer Bobby Elliot are the only two members left from the original band that formed in 1962 but one thing has stayed the same... The Hollies have always been incredibly popular with New Zealand audiences. The Hollies had  29 singles in the charts here between 1966 and 1981

One hundred years ago, the main road between Auckland and Wellington went through Hawkes Bay, but on 22 November 1912, a small team set out on a journey that is being celebrated this month as the first occasion on which a motor-vehicle travelled from Wellington to Auckland via the King Country. 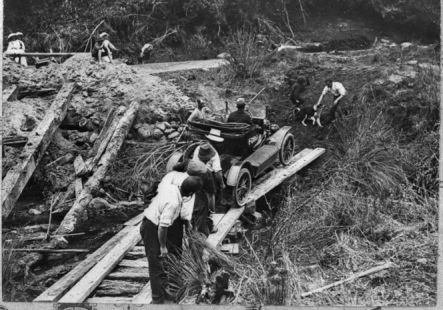 3:10 The Arts Report - Hollywood lawyer, Mark Litwak talks with Simon Morris on the current state of movies in the United States

The last event of the year for the Kiwi Conservation Club, the junior branch of Forest & Bird, coincided with the centenary of the establishment of Pelorus Bridge Scenic Reserve and seven years since Debs Martin discovered long-tailed bats in the reserve. Members learn about the bats from award-winning volunteer Julie McLintock, and Forest & Bird top-of-the-South field officer Debs Martin.

Kiwi Conservation Club members on the deck of the cookhouse at Titiraukawa.

3:30 Our Changing World - Young Scientists in The Pub - Ruth Beran
On Tuesday 6 November, nearly 70 emerging researchers met to talk about problems they have experienced, solutions found; and to share advice or horror stories. Ruth beran finds out more about the issues young scientists face.

We discuss New Zealand's indebtedness .. We spent a lot more on the RWC than we have on The Hobbit. Which will reap more benefits for NZ? What not to call your child, part 3 .. The digging-up of Yassir Arafat. There's been a real trend towards exhumation in order to solve mysteries regarding someone's death, or just to satisfy curiosity. Are there any New Zealand deaths that would profit from the grave being dug up?