Jim Mora talks to Stephen Stills of Crosby, Stills and Nash. CSN will be performing this Saturday in Auckland, the first concert in a long tour around the world that continues until September. 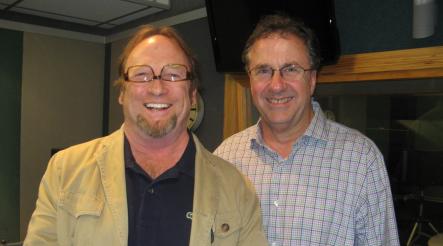 Jim with Stephen Stills from Crosby, Stills and Nash wearing his glasses upside down for the Southern Hemisphere.