Audio of NZ Music Live can be found on our music web page.

2:10 Barry Ross, whose home is thought to be the closest to the epicentre of Monday's earthquake

When the 6.3 magnitude earthquake struck Christchurch at 2:20 on Monday afternoon Barry Ross was outside his home at Godley Head on the Port Hills, where is he is the Department of Conservation caretaker. Barry's house is thought to be the closest to the epicentre that day and such was the force of the quake he was thrown to the ground and some of the cliff nearby fell away. He lost power and water for a few days but now he's back home, clearing up and determined to get on with life.

Los Angeles teenager Natalie Shaheen has never been to New Zealand but she's just sent a cheque for more than $3000 to the Department of Conservation to help save the kakapo. The 13-year-old from Westwood, LA celebrated her Bat Mitzvah by raising money for the Kakapo Recovery Programme.

Footprints In The Sand , written and read by Sarah Boddy.

Amelia Nurse talks to former Air Force personnel from No 75 Squadron. Today she finds out about some of the worst – and best – moments in Skyhawk history.

SKYHAWKS: The History of the RNZAF Skyhawk by Donn Simms 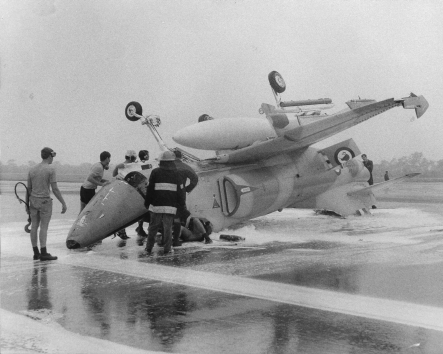 NOT a textbook landing: NZ6218 immediately after roll over Townsville 1985.