A police station, a Parliament building and several shops have been set on fire by looters in Solomon Islands after what started in the morning as a peaceful protest turned ugly around mid-afternoon. 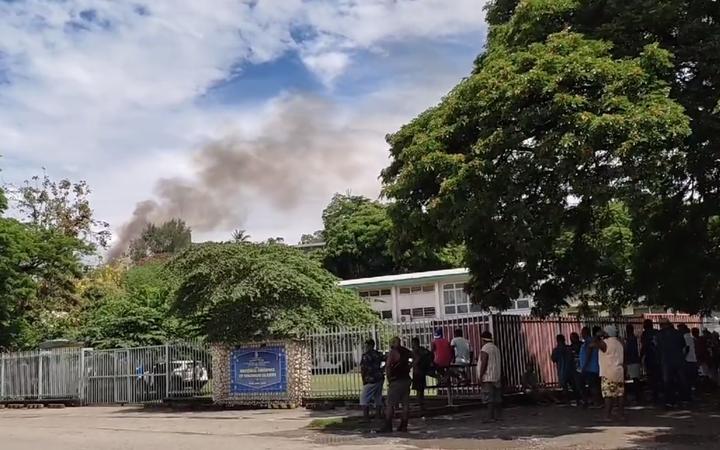 Videos on social media show police firing tear gas to disperse looters, and buildings on fire, including one within the Parliament grounds.

RNZ Pacific's correspondent in the capital Honiara, Georgina Kekea, was in the Kukum area where the police station and shops were set alight, and said at least one building had been burned down.

Police she spoke to said the large crowds had been at the other end of town, and officers had not expected the crowd to attack their police station.

Earlier in the day a plume of black smoke was seen rising from parliament's grounds, where Kekea said a leaf hut used for coffee breaks was on fire, before firefighters from the fire station next to parliament put the blaze out.

Kekea said local police are calling for calm as they tried to restore order.

They said much of the looting was being carried out by criminal opportunists, most of them young men.

The original protest at parliament was led by citizens from Malaita Province, who were voicing their frustrations in the national government and calling for the prime minister Manasseh Sogavare to step down.