One hundred and ninety-four Catholic leaders from across West Papua have called for an end to military operations in the Indonesian-ruled region. 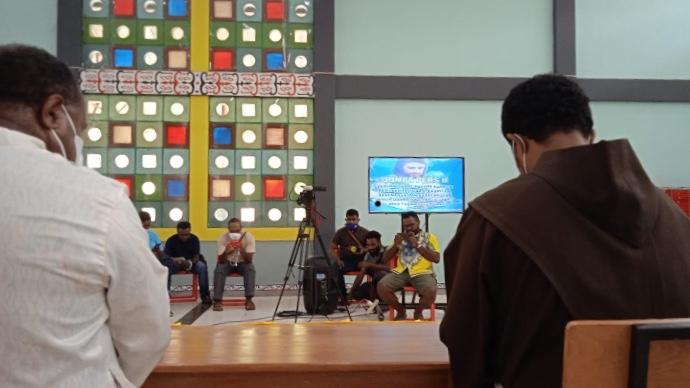 The Moral Call by 194 Catholic Pastors in Papua, urging government to facilitate peace in the region, was delivered on Thursday November 11 at the Bright World of Christ Parish in Waena, Jayapura. Photo: Supplied

Pastor Alberto John Bunai headed a press conference to deliver the statement by the group of Catholic leaders at the Bright World of Christ Parish in Waena, Jayapura city, Papua province.

He said there had been dozens of ideological and political conflicts between indigenous Papuans and the Indonesian government, and that these conflicts had triggered armed violence in Papua to this day.

The call comes as violent exchanges between the small guerilla fighting units of the pro-independence West Papua Liberation Army and Indonesian security forces has escalated in several regencies in Papua's interior since late 2018.

Regencies where the most recent fighting has displaced thousands of innocent villagers include Maybrat, Intan Jaya and the Bintang Mountains regency close to the international border with Papua New Guinea

"In order to solve the roots of the problem what is needed is dialogue and reconciliation in a dignified manner for the sake of resolving the prolonged conflict in the land of Papua," Pastor Bunai said.

The church leaders said the Indonesian national government must halt the ongoing military operations which have resulted in the killing of civilians, violence and many people being displaced in several parts of Papua.

Bunai said it was the church's duty "to articulate the cries of God's communities who have no voice".

"Stop the military operations. Release the civilians who were wrongly arrested in Maybrat. In Kiwirok hundreds of resident's homes have been bombed by security forces - rocket fired from the air using helicopters."

The church leaders said recently hundreds of civilians had fled to Papua New Guinea, echoing reports from the PNG side that a wave of displaced West Papuans had come across after recent sweep operations by the Indonesian military. 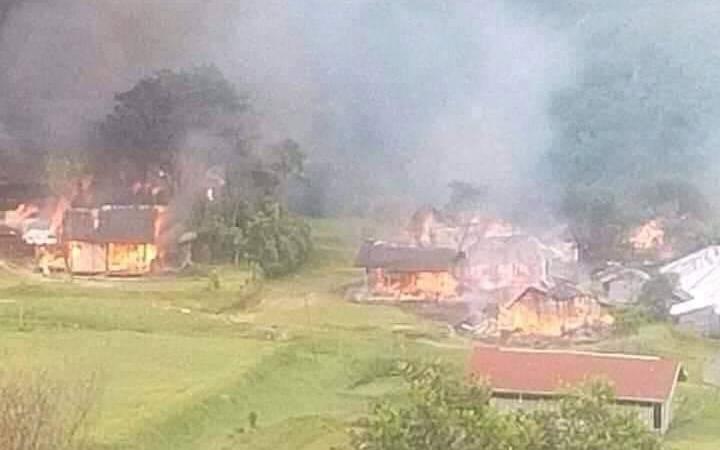 Buildings in a village in Bintang Mountains regency, Papua province, are destroyed in October 2021 Photo: Supplied

"Many people are sick and have died of hunger in the forests. Right now the people need humanitarian assistance," Bunai said.

"The government should create peace for the sake of humanity, justice, truth and the safety of the indigenous Papuan people."

The churches' statement follows similar recent moral appeals by religious leaders in Papua, and comes almost a year since 147 Catholic priests throughout Papua said "violence breeds new problems" and "to solve it requires dialogue and reconciliation, a dignified way to resolve the longest conflict in Papua".