Nuclear proliferation risks in the Pacific could be heightened by a new security pact between the US, Britain and Australia, a regional watchdog says. 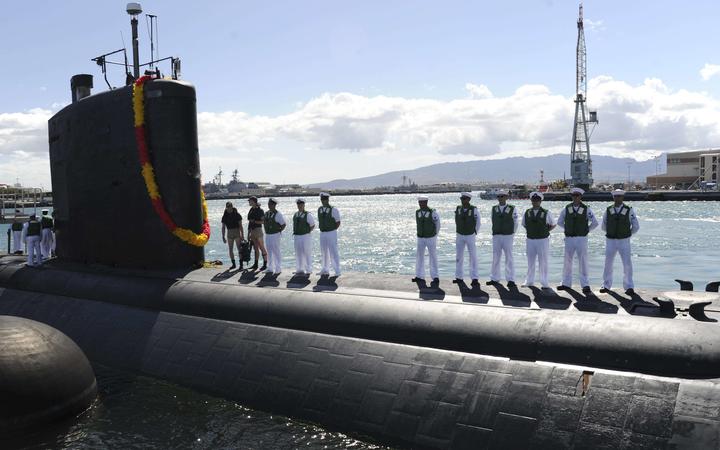 Australia has signed a pact with the US and UK, which furthers their ambition to get a fleet of nuclear-powered US-built submarines, like the USS Tucson. Photo: US Navy

The Pacific Network on Globalisation (PANG) said Australia had adopted a concerning stance through its involvement in the AUKUS deal.

The pact, which aims to "defend our shared interests in the Indo-Pacific", has already created ructions in the Pacific Islands due to its provision of nuclear-powered submarines for Australia.

PANG coordinator Maureen Penjueli said the Pacific is "not a highway for nuclear submarines".

She called for Pacific Islands Forum leaders to put Australia on notice for abandoning its commitments under the South Pacific's nuclear free accord, the Treaty of Rarotonga.

"Security and defence pacts today are about the Pacific Ocean - which is our home - but it has never been with Pacific people, let alone our governments," Penjueli said.

She said Australia is a key part of the Pacific Islands Forum and also a party to the Rarotonga Treaty.

This legally binds member states 'not to manufacture, possess, acquire or have control of nuclear weapons (Article 3)', as well as 'to prevent nuclear testing in their territories (Article 6)', and prevent radioactive waste.

PANG quoted Australia foreign policy expert Dr Greg Fry, who said that because the nuclear submarines weren't due to be delivered to Australia until about 2040 the more immediate concern was that the alliance could result in a wider US military presence in the region. This could include basing US submarines, ships, bombers and munition stores being based in Australia.

He said there had already been a previous accident involving a US nuclear submarine running aground in the Pacific, with the USS San Francisco in 2005.

Penjueli said PANG was also concerned that Japan had approved a plan to release nuclear waste from the tsunami-hit Fukushima power plant into the Pacific Ocean earlier this year.

"The Pacific Ocean is not a dumping ground for nuclear materials."