The executive director of CID, which is the umbrella group for aid NGOs, Josie Pagani, said Covid-19 has dramatically increased the problems faced by some Pacific communities.

She said this is reflected in the economic and social impact of the pandemic. 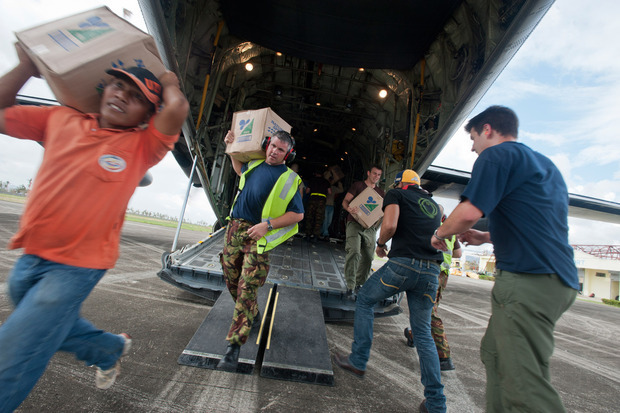 Aid is unloaded from a C-130 Hercules. Photo: DEFENCE FORCE

"But I think the silver lining here is that Covid has forced us to do aid and development differently, because the borders have been closed. So it is far more locally led," Pagani said.

"It has accelerated what we call localisation, and that is also including I think the Pacific diaspora communities in New Zealand, which is a really healthy thing."

These comments followed a report earlier this week from World Vision which talked of development in the Pacific being put back ten years by the impact of the pandemic.

World Vision New Zealand's TJ Grant said the economic devastation in the Pacific caused by Covid-19 could take a greater toll than the virus itself.

A survey of households by the aid organisation, called the Pacific Aftershock Report, showeds the impact of the international lockdowns has been severe.

Grant said while many Pacific nations managed to keep infections and transmissions at bay, vulnerable people are now facing the huge cost of closed borders and isolation.

The Council for International Development is preparing for its annual conference next week.