Plans to expand the airport in Tonga's tourist hub of Vava'u

The airport for Tonga's main tourism hub, in Vava'u, could be massively expanded under the biggest ever infrastructure development seen in the country.

The construction company Raw Mana has revealed plans for a lengthening of the runway at Vava'u Airport, a new terminal, along with solar and wind power systems to run it all. 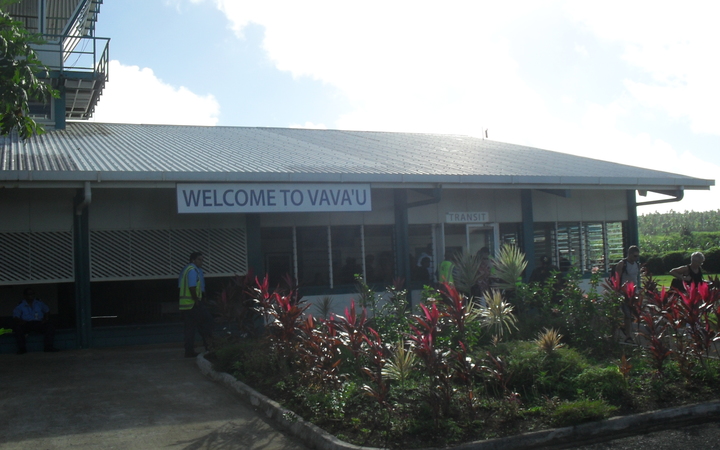 The planned runway extension to 2,700 metres would allow direct flights from the United States, the UAE, Japan and China.

The company claims to have the backing of King Tupou VI but no details have yet been revealed about who is paying for the development.

The aim is to bring overseas tourists direct to the parts of Tonga most want to visit, and to facilitate the export of agricultural and marine products.

Separately, two five-star hotels are also planned for Vava'u and our correspondent reports their going ahead is conditional on the airport development.

Twenty people in quarantine after escape

More than 20 people who were inside a Western Union outlet in Apia at the same time as a man who escaped quarantine have been placed in quarantine by Samoan Health authorities.

Director General of Health Leausa Take Naseri says they are trying to identify people who were in the vicinity through security videos.

Leausa says the man was a repatriated seasonal worker from New Zealand who arrived last Thursday and had twice tested negative for Covid-19 since arriving.

He has been returned to quarantine and faces a fine of up to 2,000 tālā.

Leausa says the man must have been in contact with people on his way to the Western Union office and all these people need to come forward and be tested.

A passenger who arrived in American Samoa on the Hawaiian Airlines flight last Thursday has tested positive for coronavirus.

This has been confirmed by Director of Health Motusa Tuileama Nua.

Motusa says the positive case was fully vaccinated in the territory before travelling off island.

The individual is not showing any symptoms of Covid.

The passenger, who travelled alone, has been removed from the quarantine site at the Catholic Center, Fatuoaiga, and put in isolation at the Alternate Care Facility at Tafuna.

This brings to four the number of confirmed cases since Hawaiian Airlines began commercial flights to the territory last month.

The chairman of the Covid 19 Task Force, Lt Governor Talauega Eleasalo Ale said at last week's Task Force meeting the territory can expect cases to come on each flight, but if we are tight with our quarantine and isolation procedures, "we can keep the virus away from the community."

Su'a says she sad to see Galumalemana leave the office after 15 years.

In the past few months, close to 10 lawyers have resigned from the Attorney General's office under the tenure of former Attorney General Savalenoa Mareva Betham-Annandale.

Savalenoa's services was terminated by Cabinet two months ago and Prime Minister Fiame Naomi Mata'afa expressed her lack of confidence in working with Savalenoa.

Su'a said Galumalemana played an important role in the mentoring of lawyer who have come through their office; some of whom have taken up elevated to Senior positions in the AG's office.

"I am confident that I can also speak for the former AG's who have had the pleasure of working with Galumalemana in saying that she has served the Government of Samoa faithfully, honestly and with the utmost professionalism."

Australians are reportedly booking holidays to Fiji in their thousands.

Fiji announced earlier this month it would be reopening its borders from December 1 to fully vaccinated Australians.

Other Australian island favourites such as Bali and Thailand are still to confirm when they might welcome tourists back.

The media outlet says it understands a number of hotels have had seen their booking records broken over the past week, with one resort recording AU$60,000 worth of bookings in a single day.

Flights are also being snapped up, with only a handful of seats available on December dates.

The Cook Islands is again extending the wage subsidy and sole trader grants - this time through November.

Prime Minister Mark Brown said with the ongoing community transmission in New Zealand, the Cook Islands' borders have had to remain closed to tourists for longer than the government had hoped.

He said since the latest closure in August, the government has paid out $4 million in support of workers and businesses.

Mr Brown offered some hope for tourism businesses, that with vaccination rates increasing the balance in the pandemic response is shifting from the health impacts to the economic impacts.

With the tourism industry set to click into action with the re-opening of borders later this year, the Agriculture Minister, Mahendra Reddy, says stakeholds must look locally when it buys fresh produce.

He says the common claims from the sector about the inconsistency of supply and quality of the local product is unfounded.