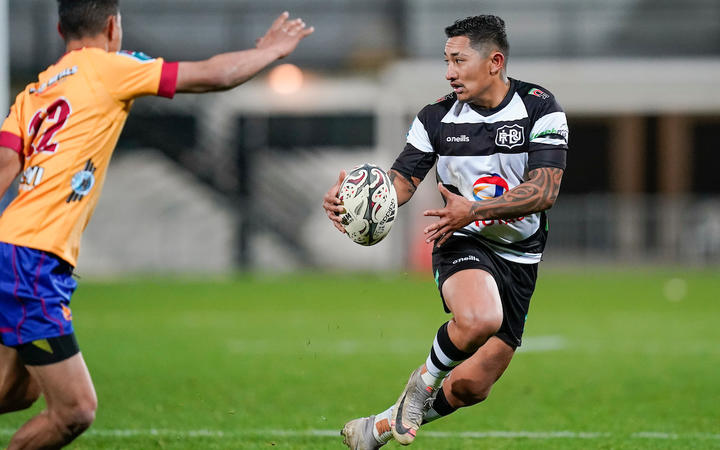 The 22-year-old from Ngāti Porou has played a pivotal role in the Magpies Ranfurly Shield defences this season and has developed a formidable pairing with team-mate and recently announced Moana Pasifika halfback, Ereatara Enari.

He burst on to the rugby scene in 2016, steering Hastings Boys' High School to consecutive National Barbarians top four tournament finals, collecting the title in 2017.

After two impressive seasons in the New Zealand Secondary School team, McClutchie committed to his home province of Hawke's Bay and made his provincial rugby debut just months after leaving high school.

At the culmination of the 2019 provincial rugby season, he departed New Zealand to play for the Red Hurricanes in Japan. He went on to make three appearances for the club before the season was cut short due to Covid-19.

McClutchie returned to the Magpies and has notched up 38 games in the black and white hoops since his debut in 2018.

More players are set to be revealed this week.