The French overseas minister Sebastien Lecornu is adamant that New Caledonia's independence referendum should go ahead on December 12th.

The minister, who is in quarantine in Noumea after arriving last week, said only an out-of-control pandemic could justify a postponement.

Mr Lecornu said he doesn't want the Covid-19 outbreak to be used for political ends, adding that in democracies elections are held on time.

The minister is due to meet New Caledonian leaders later this week amid calls by members of the pro-independence FLNKS to postpone the third and final referendum under the Noumea Accord.

In the past month, a community outbreak has infected almost 10,000 people and killed 200, which some leaders say has caused a huge shock and a created climate of unease.

One leader Jean Creugnet said it would be untimely to go into a referendum campaign just as New Caledonia emerges bruised and divided from its health crisis.

He said people's minds won't be on politics and it will be difficult to hold meetings as no-one wants to take the risk of creating new clusters.

However, a leading anti-independence politician Virginie Ruffenach insists the vote be held on December 12th or not at all.

After last year's referendum victory, the anti-independence camp urged Paris to try to avoid a third vote, but the French government said it would honour the Noumea Accord and organise a third such plebiscite.

According to the Noumea Accord timetable, the third vote must be held before October 2022.

While the anti-independence side then sought an early date, the pro-independence camp asked for a late date to give it as much time as possible to mobilise potential voters among those who had abstained in the previous referendums.

At a meeting with New Caledonian leaders called in Paris in June, Mr Lecornu announced the December 12th as the date, arguing that the New Caledonia referendum should not straddle France's presidential election in April.

Daniel Goa of the pro-independence Caledonian Union said the date chosen by France was one to "suit itself'" and "to respond favourably to the 'no' supporters, giving them to hope for an easier victory." 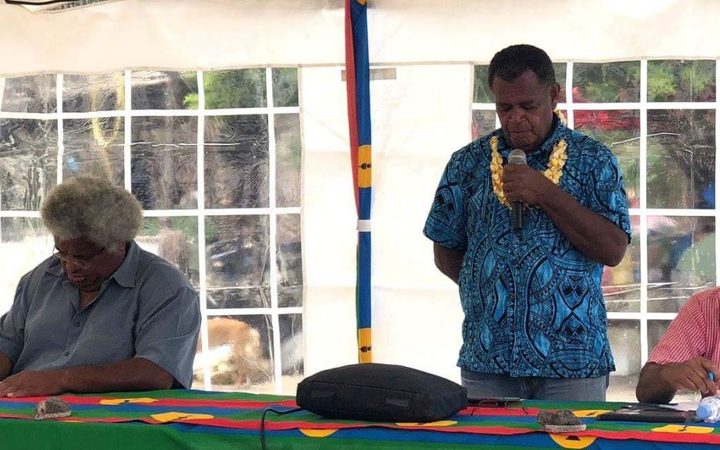 He added that those who "think of purging the question of independence by shortening the referendum deadlines are seriously mistaken."

Last year, because of the emergence of Covid-19, the vote was slightly delayed, and Paris chose October as a compromise between the dates proposed by the rival sides.

In 1987, a first referendum on independence was called but it was boycotted by the pro-independence FLNKS after France refused to admit international observers.

More than 98 percent voted against independence, but the result failed to quell the aspirations of the pro-independence Kanak nationalists.