Samoa's prime minister has put climate change and ocean protection to the fore in a speech to the United Nations. 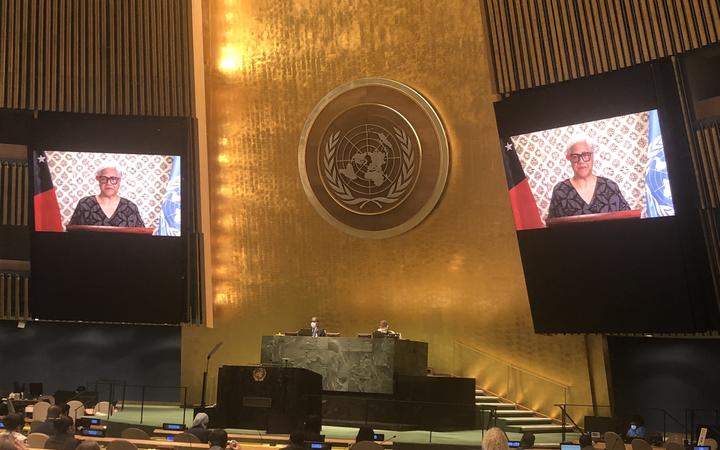 Fiame Naomi Mata'afa told the 76th UN General Assembly in New York that there was no greater challenge facing the global community than climate change - including its effects on ocean health.

Fiame said protecting the marine environment was a priority for Pacific nations, whose leaders invariably highlighted the climate crisis in their UNGA speeches.

"The ocean surrounds, protects and provides for us ocean states. It is core to our Pacific way of life, tied explicitly to our need for climate actions in our custodianship of the world's oceans," Fiame said.

According to her, the upcoming COP 26 UN Climate Change Conference in Glasgow is a point of no return, if humanity is to avoid a climate catastrophe.

"The upcoming COP (United Nations Climate Change Conference) in Glasgow is our point of no return," Fiame said.

"Our commitments from there onwards will determine the future trajectory of our planet. Can we avoid a climate catastrophe in our children's lifetime?" 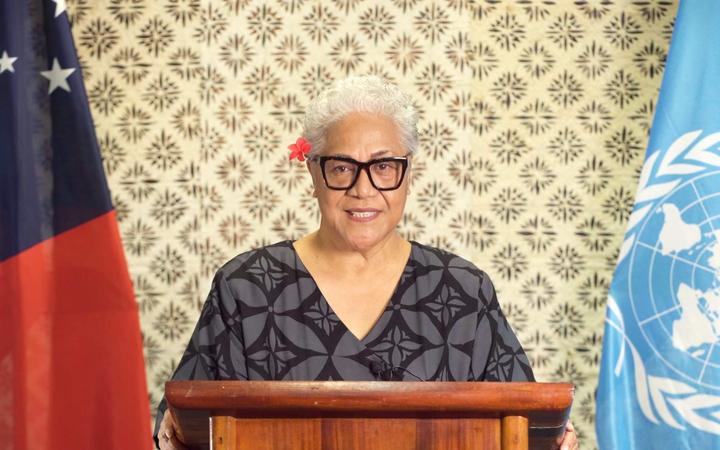 She also congratulated Maldives which has just taken on the presidency of the General Assembly, saying Samoa was delighted that a sister small-island developing state was taking the reins at such a critical moment.

'Where should we go?'

Meanwhile, the Prime Minister of Samoa's neighbouring country Tuvalu asked the UN whether his country could remain a member state if it was finally submerged by the rising sea.

Speaking to the General Assembly, Kausea Natano said having an average elevation of just two metres above sea level made Tuvalu extremely vulnerable to climate change.

"How strong will the next tropical cyclone be? How much longer can our islands support our livelihoods?

"Is there even a future for our islands? With forced displacement due to climate change and sea level rise, what shall we do, and where should we go?"

Natano also asked what would happen to Tuvaluans' traditional culture, and their human rights, if they became stateless.