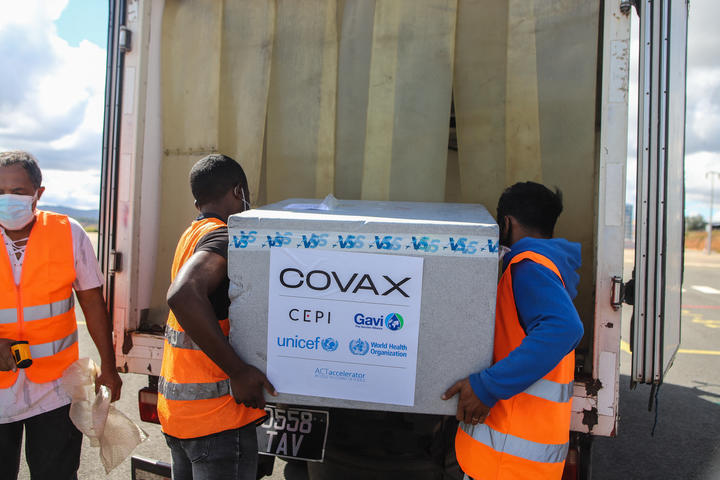 New Zealand is donating more Covid-19 vaccines to the Pacific via the Covax facility.

It will provide the Pfizer Covid vaccine to the Cook Islands, Niue and Tokelau to support vaccination of their 12 to 15 year olds from October.

The Associate Health Minister, and Minister for Pacific Peoples, Aupito William Sio said less than 15-hundred doses would be donated across all three countries.

He said the ministry of health will also be able to offer the AztraZeneca vaccine at some point to thoser who cannot have the Pfizer vaccine.

Inter-Samoa flights will resume between Pago Pago and Apia.

Thursday's flight out of Pago Pago operated as scheduled with the returning flight from Apia bringing local residents as well as workers that StarKist Samoa hired from Samoa under the territory's guest worker permit law.

However, Friday's flight will not operate due to the nationwide lockdown in Samoa for that country's two-day mass Covid-19 vaccination campaign.

Inter-Samoa flights were suspended late last week after a passenger on the Sept. 13th flight from Honolulu was tested positive of COVID-19.

Former All Blacks and Wallabies skills coach Mick Byrne has been appointed as the new head coach of the Fijian Drua for the inaugural Super Rugby Pacific competition next year.

The Solicitor-General, Sharvada Nand Sharma has been stood down pending a hearing.

The Chief Justice Kamal Kumar confirmed Sharma's suspension is related to a complaint filed with the Judicial Services Commission.

When asked if this was done on the advice of the commission, Justice Kumar replied 'yes'.

The Chief Justice, who did not want to comment on the nature of the complaint, said a tribunal will be set up to investigate the complaint against the solicitor-general.

Cook Islands businesses are finding New Zealand's second round of lockdown much harder this time around.

Tourism makes up at least 65-percent of the island's GDP and some businesses aren't sure they can make it till November.

She said restaurants were eerily quiet and hotels empty.

Scott said there's a sense of urgency in getting tourists back in Rarotonga.

Looking to bring back Solomons students

Work to bring home remaining stranded students and Solomon Island nationals in the Philippines is ongoing.

This was confirmed by James Bosamata, Solomons' deputy secretary for Ministry of Education and Human Resources Development in a radio talkback show.

Bosamata said the work is spearheaded by the Covid-19 national oversight committee.

He said a repatriation date for the students is yet to be decided upon.